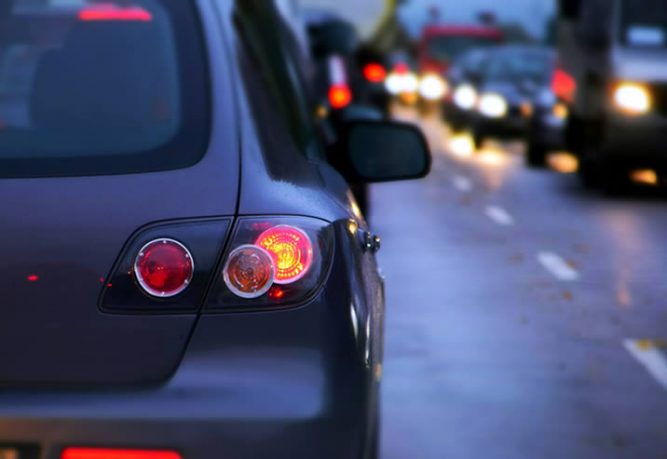 So those flashing amber lights on cars, vans, lorries etc… What are they and do we really need them?


Apparently they’re called directional indicators, or ‘turn signals’ and some drivers use them to inform other road users of their intention to change direction. Additionally, when all four amber flashers are activated (hazard lights), it allows you to park where ever you like – legal or not.

Van drivers haven’t been using indicators for years now (except hazard lights for parking) and besides, it’s nobody’s business where I’m going, so why tell them? Let’s take a look at some reasons why indicating is for losers.

When I’m driving, I have much better things to be doing than faffing about with the indicators. It becomes tiresome very quickly all that lever flipping, plus no one cares where I’m going anyway.

When I approach a roundabout to make the first exit / left turn, it’s good fun to not to bother indicating so that the driver on the left stops to give way for no reason.

Sometimes if I’m not paying attention to where I’m going, I might need to make a last-minute exit, or quick change of direction. Indicating is beneficial here because it saves you from having to check your mirrors.

When I’m out driving, I’m in a rush. Even if I’m just off to the local supermarket to pick up a pack of peas for tomorrows dinner, I must get there as quickly as possible and have zero time for courtesy and consideration.

Hopefully you’ve assumed there’s a heavy dose of sarcasm here and that I really don’t drive like that – honest. And of course, those that do indicate are not losers.

Just the other day, I was at a mini roundabout waiting to go straight ahead (2nd exit from the four available). The driver directly opposite enters the roundabout without any signal, so I assume he’s going directly ahead. As it was quite busy at this time, I entered the roundabout only to brake harshly as he was actually turning right.

So why no turn signal, particularly as it’s a mini roundabout?

How Bad is it?

A survey conducted by AA Streetwatchers of some 40,000 vehicles at junctions and roundabouts around the country concluded that 33% of all vehicles did not indicate before making a turn.

It does appear that indicating has now become an optional driving procedure. Is it laziness, forgetfulness, or just that some drivers couldn’t care less?


Driving Test Tips
Can You Learn to Drive with Passengers in the CarCan a Driving Instructor Use a Mobile Phone
Comments: 18