Home Is the Driving Test Getting Harder?

Is the Driving Test Getting Harder? 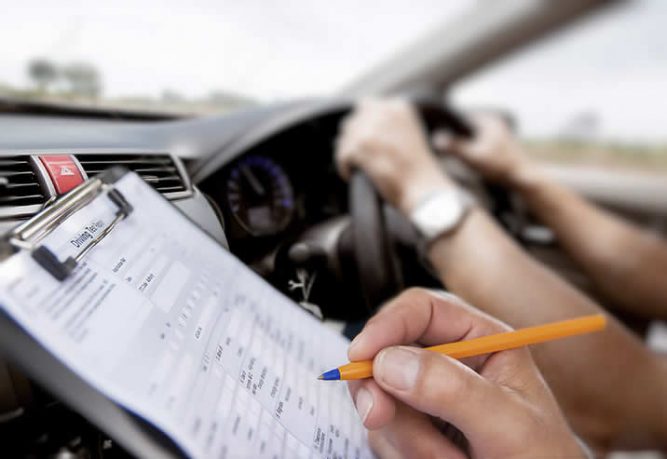 Each year the number of licensed vehicles increases in Great Britain with March 2019 seeing over 38 million on the roads – that’s a 1.4% increase compared to the year before. What this means in realistic terms of the driving test is that whilst there’s an increased risk of failing due to an unfortunate action of an impatient driver, it also means you’re more likely to be spending your driving test in queues of traffic.

On December 2017 the driving test changed to include following directions from a sat-nav and different reversing manoeuvres that represent realistic scenarios such as reversing in or out of a parking bay and parking up on the right-hand side of the road (facing oncoming traffic).

The Show me Tell me questions now also involve the examiner asking the ‘Show me’ question while you’re driving, where previously this was all done before the test candidate got into the car. All this should help with multitasking as you’re driving – again, making for a more realistic situation. Based on a survey conducted by the Driver and Vehicle Standards Agency (DVSA) before the changes came into effect, 88 percent of people agreed to the new practical test. But has it actually made the driving test harder? Let’s look at some statistics to find out!

The DVSA pass rates below are the pass rates for all official practical driving test centres combined within a 12 month period – April through to March the following year.

Based on the national pass rates above, we can see that for the full year where the new changes have been implemented (2018/19), there has been a decrease in test passes of which are comparable to to those almost 10 years prior. You can see specific pass rates for individual test centres along with the total amount of test candidates that passed and failed in the driving test pass rates section.

So yes, the driving test is harder and this can mainly be attributed to the extended independent driving section (now 20 minutes up from 10) which involves the test candidate following road signs or directions from a sat-nav device. Many test candidates find the independent driving part stressful and tend to make more mistakes. But whilst the driving test is a little harder than it used to be, does it make for safer, more competent drivers?

The new test certainly proves driving independence with less emphasis being on examiner instruction and it also improves multitasking, but the issue is that many learners practice just enough to pass the test and not necessarily what’s required to become a proficient driver in all situations. For example, many new drivers with a full licence will have never driven on a motorway, driven when it’s dark, driven on a rural road or driven in bad weather such as icy roads.

Due to lack of experience, young drivers aged between 17 and 19 are involved in 9 percent of of all serious and fatal road accidents, yet make up only 1.5 percent of full licence holders. It is of course difficult to gain driving experience as a learner, for example there may not be rural roads where the test centre is based, yet statistically of all road deaths that occur, 60% take place on rural roads and four in five young driver fatal crashes occur on these roads.

One way to help resolve this lack of experience would be a graduated licensing system to include all-weather driving, night driving, motorway and rural road driving, along with a minimum learning period that would enable a learner sufficient time to gain these skills.

Whilst the government are considering restrictions for young newly qualified drivers such as a nighttime curfew and peer passengers, there’s much more experience that a driver should gain whilst learning.