A test can be booked at any DVSA test centre within the UK, so if you feel that a test centre with a higher pass rate may benefit you, you can choose that centre to take your test. The test centre of your choice does not have to be the one closest to you.

Use the A-Z menu to locate the practical test centre of your choice. Statistics range from April 2018 through to March 2019.

Check out the top 10 driving test failures from all UK practical driving test centres combined from year 2006 through to 2019. You might be surprised to find that not an awful lot has changed over the years.

Here, we’ll take a look at the top 10 best and the top 10 worst driving test centres based on DVSA pass rate statistics.

These statistics detail male and female driving tests taken in a car with automatic transmission from between August 2016 to August 2017.

How many driving tests taken each year for all DVSA driving test centres. Statistics include total annual tests conducted. Ever wondered who has the highest pass rate; men or women? Statistics also include overall pass rate for males, females and a total combination of all driving tests. 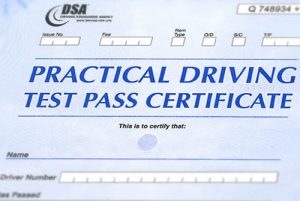 Whether your test centre has a low or high pass rate, before your driving test it is recommended that you gain knowledge of the local roads and routes that you will likely take during the test. A driving test will usually include the most difficult roads and traffic systems in the area and will typically include:

Practice the particularly difficult roads and traffic systems local to the test centre to increase the chances of passing. Choosing a local good driving instructor is beneficial. They will have first-hand experience of the areas the examiner will take you during the driving test.