Home Annoying Things Other Drivers Do

Annoying Things Other Drivers Do 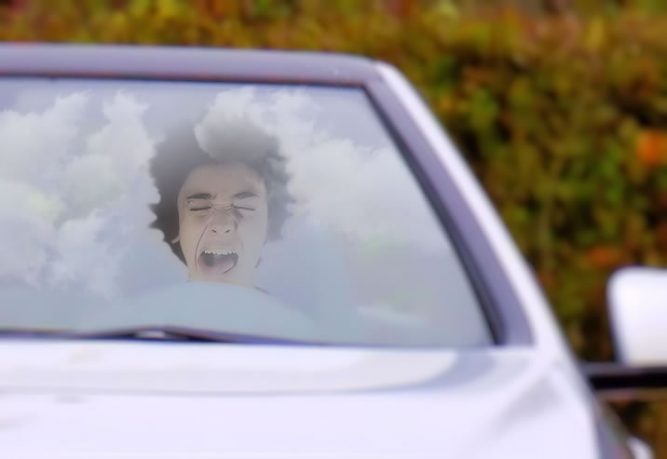 Back in the early 1950’s there were a little over 4 million vehicles on UK roads, which seems quite a lot until you compare it to current figures of almost 40 million registered vehicles in the UK.


Road network growth has been slow in comparison to the quantity of cars being purchased and this of course leads to congestion. Congestion in return leads to frustration, irritation and generally being really annoyed with other drivers.

It seems that long gone are the days where drivers had patience and tolerance for other road users.

Many of us are under the illusion that we’re awesome drivers and never put a foot wrong. Let’s take a look at the the top 10 most annoying things that other driver do. Are you a perfect driver? Or are you a bit, just a little bit annoying?

Top 10 Most Annoying Things Other Drivers Do

Of course, what you find annoying is a matter of opinion, so feel free to add your own in the comments section below.

Granted, it really is tough going pushing down or pulling up that indicator stalk, but some of us somehow manage. What we’re talking about here specifically is indicating at roundabouts – or rather a lack of. You must have been there, approaching a roundabout, coming to a stop to give way to a vehicle on the right (UK roads). You’re expecting them to continue straight ahead because they’re not indicating, only for them to take their first exit to the left.

Now, I could have carried on without the need to stop if only they had bothered to indicate.

Some drivers think that tailgating and driving as close to the vehicle in front as physically possible is – well, I don’t know what they think to be honest. Maybe they think they’ll get where they need to get quicker? In reality, all a tailgating driver will achieve is stone chips and a much greater chance of an accident.

3. Overtaking and Turning Off

You know these drivers – you’re driving in general traffic at an appropriate speed, then the driver behind overtakes you, perhaps in a slightly risky and desperate manner. They squeeze themselves between you and the car in front, forcing you to brake so to increase the gap. Only then, moments later turn off to head out to another road. Why did they risk overtaking and going to all that hassle when they’re turning off anyway?

Almost all of us have come across middle lane hogs on dual carriageways or motorways with three lanes. It’s particularly annoying when you’re in the left lane and are driving faster than the hog in the middle lane. Should you undertake them? You could do, but it’s illegal, so you have to head out all the way into the right lane and back again just to get past. That is of course if you can get into the right lane as everyone is using it due to the hog rendering the left and middle lane redundant for anyone trying to pass.

It always seems to be the case that you come up against a slow driver when you’re in a bit of a rush – or maybe it just seems that way. You know, that one in front of the long queue of traffic driving at 40 mph on a safe 60 mph road. It is frustrating for many drivers and can result in some taking risky overtaking manoeuvres. Those that drive excessively and unnecessarily slow can risk penalties – is driving too slow illegal?

This occurs in slow moving traffic on dual carriageways, motorways or any multi-lane road where the lanes are headed for the same destination. Lane hoppers who are constantly weaving in and out of traffic, swapping lanes in a attempt to get further ahead. Often by staying in the same lane, you’ll end up passing them at some point anyway, or if their hard work does pay off and they do get indeed get ahead, then the advantage gained is often minimal. Does all this lane swapping hassle, along with the increased risk of an accident really make it all worth while? Probably not.

We’re all human and make mistakes right? Yes, we’ve all made silly little mistakes whilst driving only for the driver that was marginally affected by our actions to seriously overreact by planting their fist on the horn for what seems like an eternity whilst screaming expletives, making obscene hand gestures (whilst other hand is still on the horn) and foaming at the mouth. Like calm down dude.


8. Drivers That do no Wrong

On the other hand, we then have that driver that made a mistake, caused a near crash but yet gives you the filthiest of looks whilst mouthing some incoherent ramblings. Yes, it’s not their fault, it’s your fault for being born and being there at that particular time.

It’s that driver in front who’s swerving all over the road, almost mounting pavements and verges who you suspect is drunk. They’re probably not, instead they’re likely to be tinkering with the radio, the sat-nav or busily tapping out that really important text about meeting Dave in the pub later.

We love queuing up at petrol stations in preparation for paying a fortune for fuel – pure entertainment it is. We then watch as the person holding up the queue toddles off to pay. But nope, they’re not done yet, they need a magazine, though they’re not sure which one yet. And don’t forget some light refreshment and a bite to eat. The the important decision of which card to put the purchases on. Perhaps split it over two cards?

Not quite in the top 10 most annoying things drivers do but still a disgusting habit all the same. From drink bottles, meal packaging, newspapers and anything else that a selfish and lazy driver may toss out their window. Some people might have no issue with living in a giant rubbish tip, but most of us don’t want this. Not only that, but rubbish is hazardous to wildlife and road users such as cyclists and motorcyclists.