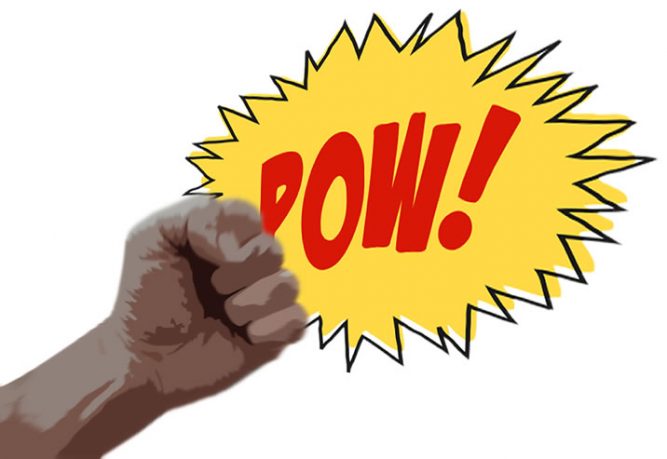 You may have noticed the odd one or two as a learner driver, but now that you have passed the driving test, you’ll be on the road, on your own and dealing with bad drivers.


The more you drive, the more you’ll notice them and they come in various forms from the ‘oblivious to their surroundings’, to the dangerous driver and then you get the intimidating and aggressive driver. There’s little you can do to avoid them, you just need to learn how best to deal with bad drivers.

Fundamentally, the way in which you deal with a bad driver is about personal safety and of those around you. Dealing with a bad driver inappropriately is likely to exacerbate the situation, putting yourself, other road users and pedestrians at risk.

Let’s face it, it’s incredibly annoying when a selfish driver does something that puts your safety at risk. You feel your blood boil and want some quick-fix revenge. There are hand signals used to make driving safer for other road users, but that’s not what we’re talking about here is it. We’re talking about the offensive variety, often combined with a vocal statement to reinforce your visual display of disgust at the offending motorist.

Harmless enough isn’t it and after all, they deserve it for driving like an idiot. Well maybe, but the problem is that you don’t know who it is that you’re trying to offend. There’s plenty of nutters out there and many of them drive cars.

Your compulsive gesture may turn a bad driver into a raging one that gets out at the next red light to give you a clump. Really not worth it is it. Best thing to do is to just remain calm and forget about them. After all, they’ll eventually learn the hard way.


Use of Car Horn

So someone cuts you up or does something similarly annoying, you should use your horn, right? Actually no! The vast majority of the time, car horns are misused in the eyes of the law – see car horn laws. They should be used to indicate the presence of danger (typically yourself) and not used to indicate your annoyance at a motorists lack of driving skills. So as an example, if a driver cuts you up where you need to brake harshly, then the event has already passed and by sounding your horn, you are signifying your anger only. ‘Innocent’ drivers who have overreacted with their horn use have actually been fined.

An example of an appropriate use of the car horn is to alert an unaware pedestrian about to step into the road or a cyclists riding into your path that may not have seen you or an oblivious driver that appears to be reversing into the direction of your vehicle etc.

Tailgaters or tailgating is where a motorist drives too close to the vehicle in front and where the ability to stop in order to potentially avoid a collision is significantly reduced. Tailgating is a road traffic offence and one that is utterly perplexing. Although drivers of all vehicles can tailgate, it seems van drivers are the main offenders in my experience. This practise has no effect other than to increase the chances of an accident.

So why do some drivers do it?
Other than reasons of ignorance, it’s likely that they enjoy intimidating other road users.

What shouldn’t I do about it?
Again, it is annoying and frustrating and can be tempting to briefly but harshly brake in order to ‘scare’ them into backing off. Unfortunately this only increases the potential for a traffic accident and will likely encourage the offending motorist to continue dangerously driving as they’ll acknowledge that it’s bothering you.

What should I do about it?
What you should do in fact is to remain calm and if applicable, increase the distance between you and the vehicle in front. By doing this, it’ll allow more time for you to slow down gradually and as a result, allow more time for the tailgater behind to slow down. If they really are causing you concern, locate a place ahead to pull over and allow them to pass. As they are tailgating you, ensure you gradually slow down before stopping and signal in good time. Bear in mind that if they are driving extremely close, they may not be able to see your indicators. See tailgating for further information.

Essentially, you have the drivers that don’t care – these are the speeders, the drivers that can’t be bothered to indicate at roundabouts, those that push in front of others, tailgaters etc.

Then there’s those that are not aware of their bad driving habits that go on their merry way causing hazards and irritation as they go. The drivers that are unaware can be just as dangerous as they can make potentially dangerous mistakes such as forgetting to check mirrors before changing lanes for example.

How Should I Deal With Bad Drivers

You can’t make a bad driver a good driver, your best option is to ignore them and concentrate on ensuring your own driving is safe and legal. Such as:

Use Mirrors Frequently and Appropriately

Essentially think of a safety zone around your car that you must protect. You can only do that by knowing what’s going on around you at all times and you can do this by checking mirrors. Many drivers do not check their mirrors enough, more importantly don’t check them before a change of direction – that’s bad driving!

Frequent looks into the rear view mirror will enable you to check for fast approaching vehicles and for those tailgaters that you can deal with by following the advice above. This enables you to keep the rear of your vehicle protected.

Keep your sides protected. Frequent checks of the side mirrors will enable you to spot vehicles, but also motorcycles and cyclists which can be hard to spot in the main rear view mirror. Once spotted, you know that they’re likely to come alongside and move in front. Before making a left turn, take a final check in the left side mirror. Cyclists can often come out of nowhere and this can avoid a collision.

Frequent mirror checks whilst on the move are essential, especially when changing speed and direction. See use of mirrors for further advice.

Anticipate and Plan Ahead

Finally, keep the front protected by anticipating traffic, pedestrian and cyclist actions and traffic signals ahead. You can predict events ahead such as traffic queues, pedestrians queuing at a crossing and the likelihood of lights changing, reading road signs in good time, cyclists exiting from junctions. You can slow down in good time, anticipate slowing or stopping and look for potential hazards.

So with little that you can realistically do regarding bad drivers, the emphasis should be on your own driving and to keep a safety zone around you. If you know what’s going on around you at all times, there’s far less potential of being involved in an accident due to a bad driver.