Some traffic offences are obvious such as speeding, others are a little less known to some, such as use of the car horn.

Certain countries where accident statistics are high such as India, drivers use their car horns almost continuously whilst driving. In the UK however, it’s illegal to use the car horn, except to avoid a potential dangerous situation.

Explained are the UK car horn laws, when you are permitted to use the car horn, when the Highway Code states you must not use the horn and the possible fines imposed for the inappropriate and illegal use of the car horn.

WHEN IS IT LEGAL TO USE THE CAR HORN

The Highway Code applies to England, Scotland and Wales.

The laws regarding car horns state that you may only use your car horn while your vehicle is moving and you need to warn other road users of your presence. 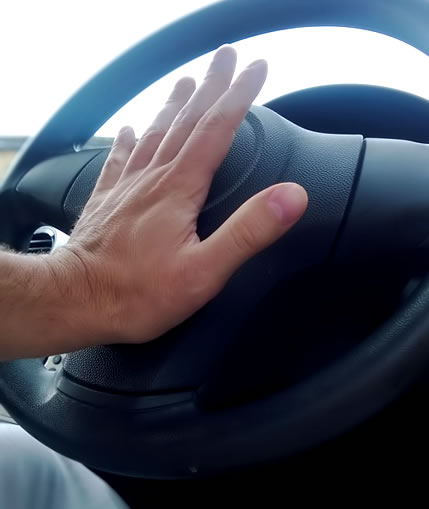 When is it illegal to use the car horn

Inappropriate use of the car horn is dangerous and can distract other drivers, potentially leading to accidents. It’s also important to consider other peoples circumstances. Sounding your horn in built-up areas can affect people who are sleeping during the day due to sickness or due to working unsociable hours.

Sounding the horn in anger, often after the event has occurred is in fact illegal and can see a motorist fined. Other circumstances where you MUST NOT use your horn

except when another road user poses a danger.

Illegal use of car horn – fines

Police have the power to issue motorists a fine for the illegal use of car horns. This will typically be in the form of a non-endorsable Fixed Penalty Notice (FPN) of £30. If drivers do not agree that the FPN was correctly issued, they can challenge the decision in court, but if magistrates agree with the police they can increase the fine to up to £1,000. Local councils also have the power to potentially take action against individuals or commercial operations under the noise pollution law. See below for potential fines.

Motorists may be unwittingly breaking the law and being a nuisance. For example, a driver may sound their horn in the early each morning as a goodbye gesture, or frequently using the horn at night. Complaints should initially be conducted with the individual responsible. If the issue is not resolved, you may contact your local council who will investigate the problem.

If the individual is found to be causing excessive noise pollution and is breaking the law, the council will initially contact the individual(s) to request they cease the offence in question. If the individual(s) continue, the council can issue an Abatement Notice. The notice may require that the nuisance be stopped altogether, or limited to certain times of day, depending on the nuisance. Failure to comply with an Abatement Notice is an offence and legal proceedings may result. If found guilty of an offence of this type, the maximum fine is £5,000 on domestic premises and £20,000 on commercial premises.