At the moment, the running costs for keeping a car, legally on the road are very high, especially for young and new drivers.


With ever increasing fuel prices, taxing your car and of course car insurance which has seen a massive 40% increase over the last year, combined with extra running costs of your vehicle such as servicing, it is becoming increasingly difficult for young drivers to keep a car on the road. Unfortunately it is new or young drivers who are to blame for these large car insurance increases as they are statistically more likely to have an accident. As a result and as of late, car insurance companies have inflated the price of third party fire and theft to deter young drivers.

It is now often cheaper for new or young drivers to opt for comprehensive insurance, which comes in at a hefty price. The single most important factor on keeping costs to a minimum is to choose the best car for new and young drivers. Although the car is important, the insurance itself can often be confusing, especially when it comes to the small print. The car insurance help section offers advice on purchasing the best types of car insurance for young and new car drivers.

It is the accumulation of this that has pushed up insurance premiums, especially for younger drivers. There are however many ways which can aid in keeping this costs down.

What is the best car for young or new drivers 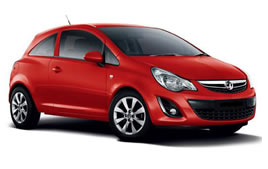 Car insurance is separated into categories or groups. There are 50 in total, 50 being for the most powerful or expensive cars. As a young or new driver, an ideal car will fall into category 1 to 3. Cars that fall into this group will not only be the cheapest to insure, but will offer the best fuel economy.

An example of cars falling into category 1 to 3 are as follows below. Some of the vehicles in the lower insurance group may also be in higher groups if the engine size is larger and/or has extra modifications. The general rule is that the best cars for young or new drivers are small as they tend to have smaller engines.


These are just examples of ideal cars for new drivers. Having small engines, these cars will be economical and will also fall into the lower road tax bracket. If you intend on getting a more powerful car soon after, make sure you get a quote as even a slightly more powerful car can make you premium increase dramatically.

Keeping the costs down for young or new drivers

If you only use your car for a limited small amount of miles, a limited mileage policy may be your best choice. Taking an advanced driving course such as the Pass Plus Scheme will increase your driving skills, make you a safer driver and many car insurance companies will offer a discount off your premium once completed. This discount can be up to 30% which is a massive saving.

It’s also worth considering purchasing a diesel as a diesel engine on a like-for-like model will produce less CO2 emissions. Lower CO2 emissions will result in greatly reduced road tax premium. A diesel will also be more economical at the fuel pumps, although more expensive. It’s not always cost effective to purchase a diesel, especially for those that do not cover high mileage each year. See petrol or diesel cars, which is better for further information.

Keeping your car parked off-road, ideally in a garage will go a little way to keeping your premium down as will purchasing a car with a alarm or immobilizer. Choosing a car that is only 3 – 4 years old is less likely to break down than an old model.

Tips for new and young drivers