With oil and petrol supplies set to eventually deplete, high carbon footprints and ever increasing fuel prices, alternatives to the fossil fuel combustion engine is the only viable future.


Electric cars or hybrids that use two or more power sources are becoming more commonplace. Electric cars offer zero carbon output and are far cheaper to refuel and maintain compared to the contemporary diesel and petrol powered versions many of us still use.

Deciding whether electric or fossil fuel is for you, the benefits and disadvantage must be weighed up. Here we look at the electric car pros and cons, potential problems and various facts to help you decide the appropriate vehicle for you.

Electric cars available in the UK

Below are some popular and affordable electric cars currently available for purchase in the UK, along with approximate prices and including the governments electric car grants and other various specifications that can be used for comparison.

Certain car manufacturers now offer premium electric cars that have larger batteries and increased range of up to 300 miles per full charge. If electric isn’t the way for you, our guide explains the most fossil fuel efficient cars currently available. 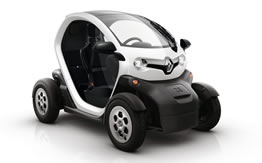 The Renault Twizy is currently the cheapest full electric car on the market. 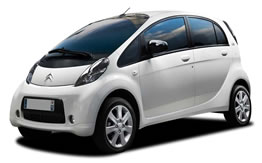 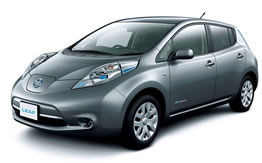 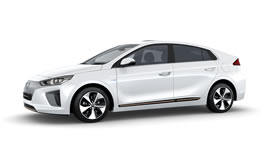 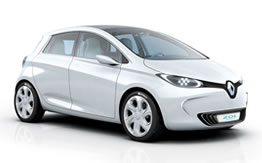 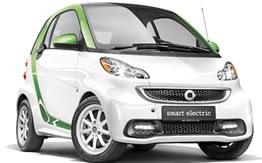 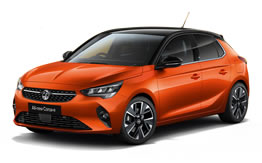 electric cars, Are they really green and good for the environment?

There is also the issue of the huge lithium-ion batteries required to power electric vehicles. The raw materials (Lithium) requires mining which harms the environment. As the demand for EV’s increase, so will the need for these materials. This however is likely to soon change with almost all car manufacturers investing heavily in battery technology. Batteries that are safer (non-flammable), lighter and that require fewer natural resources will become standard and over time, considerably cheaper.

Another concern is that if there’s enough energy to charge a nation full of electric cars. The National Grid has stated that it can cope with an influx of EV’s, but not necessarily if they were all being charged at the same time – all at night for example. There’s solutions in development, but home smart charging that regulate output based on demand and supercharging station technology which stores energy and draws from the grid sustainably are options.

So electric cars aren’t without fault, but unlike traditional fossil fuel burners, the future of electric vehicle technology is only going to improve to become more efficient, safer and much cleaner for the environment.

Should I get an electric car, are they worth it?

One of the main disadvantages of electric cars is the lack of range. Currently only premium electric cars provide a range-topping 300 miles based on a full charge and these don’t come cheap. More affordable versions typically have around half that range. But if your driving habits typically involve short trips in and around town and you have the ability to charge at home, an EV is likely to offer considerable savings.

To give you a rough idea of costs, 100 miles on an EV will cost around £4 worth of electricity and compare that to a fossil fuel car of around £14, your’s looking at about 70 percent savings on fuel. Also due to less moving parts, electric cars require less services and what services do take place will be cheaper compared to fossil fuel cars. Other savings can be made due to road tax exemption and congestion charges in cities if applicable to you.

Going electric may cost more in some areas however. Insurance is typically around 20 percent more for an electric vehicle compared to a fossil fuel variant and there’s the purchase price which will see you paying a little more for an electric version. This is primarily due to the high production costs of the battery. Over time with this technology progressing, the cost of battery manufacturing will decrease.

Another issue that can affect electric cars is temperature. A pleasant ambient temperature of 21°C will see you get the most out of your EV, but batteries don’t much like the cold or excessive heat. The greater the extreme either side of that 21°C will see the mileage reduced, especially when heating or air conditioning is switched on.

Electric cars have come a long way in just a few years and generally outperform their fossil fuel equivalents. Take the Nissan Leaf for example, 0-60 mph in well under 10 seconds and a top speed of over 90 mph. Premium electric cars from Audi and Porsche can reach 60 mph in around 4 seconds and have a top speed in excess of 120 mph.

Throughout the duration of this parliament, the government provides an electric car grant called the Plug-in Car Grant scheme that offers private purchasers and businesses who have a UK based address 35% towards the cost of the vehicle, up to a maximum of £3,500. Only certain electric vehicles are eligible for the grant and other certain criteria must be met. To find out these particulars and other information, see the governments website.

Petrol and diesel cars are becoming more expensive to tax – particularly diesels. Depending on the vehicles CO2 emissions, the less the better as tax bands range from paying nothing, up to the highest tax band (M) at £1,065. Electric cars produce zero CO2 emissions and are exempt from road tax. Prior to 1 October 2014, you would still need to display a tax disc even if there’s zero road tax to pay. From 1 October 2014 however, paper tax discs are no longer provided by the DVLA. For further information, see driving without tax.

Electric cars are best suited to city and town drivers. Those who live in London and are affected by the London congestion charge may benefit from using an electric car as these vehicles are exempt.

Are electric cars cheaper to insure

It’s basically the cost to the insurance company if something goes wrong that determines the cost you pay for any vehicle insurance. Although electric cars are becoming more popular, they are still considered a specialist vehicle and if something goes wrong, they require specialist repair. Specialist repair will of course cost more than popping it into the garage down the road.

This and the fact that electric cars are rather expensive to purchase, or replace means that electric car insurance may cost more than a equivalent diesel engine vehicle that would be cheaper to repair or replace at the insurers expense. The electric cars battery is one of the most expensive components of the vehicle. You may own the battery or choose to lease it and pay a monthly fee. You will need to make this clear to your insurance company and also fully understand who is liable for the battery due to damage from an accident or any other incident.

As its a specialist vehicle, it requires specialist insurance and not all insurance providers offer coverage for electric cars. But as with normal car insurance, obtain as many quotes as possible to assess coverage that best suites you.

That’s not all electric cars, but those who do not have a full car driving licence from 16 years of age and over, can legally drive specific electric cars on public roads. At the beginning of 2013 a licence category ‘AM’ allows for the use of light quad bikes with:

The Renault Twizy falls into such category and reasonably priced at £6,690 – especially when compared to other electric cars.