As an instructor becomes more experienced and establishes their own client base, they may decide to become independent and franchise-free. There are other expenses that determine a driving instrinstructor’sry and weekly pay, these expenses all being variable depending on an individual’s circumstances. If you are considering becoming a driving instructor and wish to get an idea of how much you are likely to earn, let’s take a rough average, including franchise fees to give an approximate idea of what to expect.

When looking for a franchise, you may have the option of an independent driving school local to your area, or a national driving school. Costs vary depending on the company and whether a car is included or pupils only.

Based on a full-time franchise with a car and pupils, you can be looking at a fee from £150 per week, to over £300. In terms of contracts, a franchise can vary from no contract at all, up to a full 12 months. Let’s meet halfway here and take an average franchise fee of £200 per week. 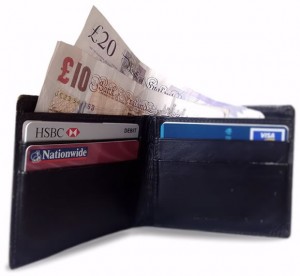 So at the moment, we need to earn at least £200 per week to pay for the franchise before we begin earning. Most driving schools charge the same for driving lessons regardless of whether the instructor is a trainee or fully qualified. The franchise fee is also charged at the same rate. The franchise fee equates to £10,400 per year which needs to be deducted from your salary.

The amount of hours worked will of course determine a driving instructor’s salary. The amount you are willing to work is of course relative to the amount of pupils you are given as part of your franchise deal. If we base this on a 40 hour working week at an hourly rate of £20. Again the amount you charge per hour depends on the company and the location of your learner drivers. It varies considerably from around £15 to £25 per hour.

Various other discounts your company offer such as free introductory lessons or block booking discounts will ultimately affect your income. Bearing in mind that a 40 hour working week does not include traveling between lessons, so to actually work for 40 hours, you may need to put in a 50+ hour week.

Franchise fees do not include petrol and diesel fuel costs. The amount of fuel you pay for each week varies depending on the vehicle you drive and the distance you travel. Fuel costs during a driving lesson are of course part of the process, it’s the fuel between each lesson that can be the real killer. As an example, a driving school who you have joined may provide you with a petrol vehicle and one that isn’t particularly economical. They may also send you on long journeys to reach your next driving lesson. High speed roads, motorways and dual carriageways take their toll on fuel consumption and during the course of a year, this extra traveling will have a huge impact on a driving instructor’s salary.

If however you have a reasonably economical car and a driving school that gives you pupils within a respectable traveling radius, you can expect to pay around £80 to £100 per week in fuel costs. If we keep it at the higher figure of £100 per week, that will cost £5,200 per year. Deduct that from the £31,200 salary and we’re left with an annual income of £26,000.

You will also of course need to pay tax on your income although there are plenty of expenses that can be claimed against taxable income. Some of these expenses are, but not limited to:

Based on the example of the hours worked and expenses all listed on this page, you can expect to take home a salary of roughly £20,000 to £23,000. In reality however, you’re likely to encounter many more drawbacks and financial expenses.

For example, unless you have specific sickness cover and take a few weeks off work per year, you will not receive any money during these periods. You will however still be expected to pay the franchise fee. You will find that some pupils don’t turn up for driving lessons losing you money. Unforeseen circumstances such as a broken down vehicle, flat tyre etc. Another factor of course is fuel prices consistently increasing, whilst driving lessons do not.

As mentioned above, there are so many variables to factor that the adverts suggesting a driving instructor can earn £30,000 are difficult to substantiate. If you are willing to work very long hours that typically include evenings and weekends and if your franchise provider gives you sufficient work, you can earn this amount per year. Most driving instructors in reality due to a lack of pupils provided, increase in local competition (new instructors), decrease in young learner drivers taking lessons, fuel rises, sickness and other unforeseen circumstances, are usually left with a take home salary of anywhere between £15,000 and £20,000 per annum.

Is it worth being a driving instructor

As mentioned above, it is a business and runs the risk of failing as any business does. Other than testing your ability for interacting with people, teaching people and your business acumen, you will be in constant competition with the increasing number of driving instructors on the register, but in contrast a decrease in the amount of people, particularly young people taking driving lessons.

Blame car insurance companies, the government, whom ever you like, but that’s the situation. Those that survive are the instructors who can figure out how to get the learners without offering ridiculously low prices for driving lessons.

It is a prosperous career if the right skills are applied, an occasional audacious financial decision and confidence in execution. With growing competition from other driving instructors, on-going driver training along with business training may be necessary. To be fully independent, technical skills such as basic website and internet learning / training skills should also be considered. If you feel you possess these skills or are willing to learn them and if teaching is a passion you are willing to share with your learners, you stand the best chance of being successful then yes, it is worth being a driving instructor.