How Many Penalty Points are you Allowed on your Driving Licence?

You are permitted a maximum of 11 penalty points on your licence. You will be disqualified from driving under the ‘totting up’ procedure if you amass 12 or more penalty points within a three year period. This is based on holding a full driving licence for two or more years. 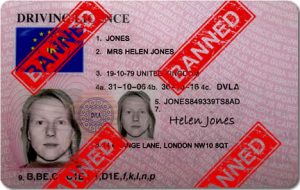 12 or more penalty points can result in a driving ban

What’s the Maximum Number of Penalty Points for a New Driver?

New drivers are permitted a maximum of 5 penalty points within the firsts 2 years of passing the driving test. New licence holders will be disqualified from driving if they amass 6 or more penalty points and in order to once again obtain a driving licence, they are required to take and pass the theory test and the practical driving test.

What Type of Driver Bans are There?

What is a Totting Up Driving Ban?

How Long is a Totting Up Driving Ban?

A totting up driving ban is issued by a magistrates court and will last a mandatory minimum of 6 months providing there are no previous driving disqualifications to take into account. If there are previous bans, a longer disqualifications may be imposed. Though a 6 month or longer ban is typical, a lesser ban could be granted if the court deems that a long ban may result in exceptional hardship.

Does 12 or More Points Always Result in a Ban?

A driving ban can be avoided when 12 or more points on a driver’s licence has accumulated if an exceptional hardship submission is accepted by the court.

There is no legal definition of exceptional hardship and it is down to the court’s discretion on whether a submission of exceptional hardship is granted. For example, the loss of a job due to a driving ban would typically be considered as a foreseeable outcome, though the loss of income where driving is essential and that may result in defaulting on a mortgage could be taken into account when the court is deciding – particularly where others, such as family members may be affected.

What is a Discretionary Ban?

A discretionary ban differs from a totting up ban in that a court will impose a driving ban for a specific offence, rather than the amount of penalty points amassed. For example, driving whilst under the influence has a mandatory ban regardless of whether there’s 12 or more points on a driver’s licence. Once the disqualification period expires, the licence is returned, but any penalty points acquired for previous offences are still valid.

How Long is a Discretionary Ban?

The length of a discretionary ban is determined by the court and is the result of the severity of the offence and can also be influenced mitigating circumstances. Typically a ban of 1 to 2 years is given, though on rare extreme occasions a lifetime ban can be imposed.

How Long do Points Stay on your Licence?

How to Remove Penalty Points

Penalty points are automatically removed from a driver’s licence, or ‘record’ once they expire.

Do You Always get Penalty Points for Speeding

In the majority of cases yes. The minimum a driver can expect from speeding are 3 penalty points and £100 fine. Where minor speeding offences are committed, an optional speed awareness course may be offered. The course will cost around the same price as the fixed penalty of £100, but once attended and completed successfully, there will be no further action taken. Essentially you’ll avoid penalty points and usually avoid the increase in insurance premiums. It is however worth pointing out, that you do not legally have to inform your insurer that you have attended a speed awareness course unless they specifically ask.