Running a red light can occasionally be done by mistake especially if the driver isn’t paying attention to the road ahead.

Depending on the circumstances if caught, a police officer may allow you to proceed with a warning, although unlikely.

A Fixed Penalty Notice is the typical procedure from a police officer. Depending on the severity of the offence, you may instead receive a Notice of Intended Prosecution (NIP). 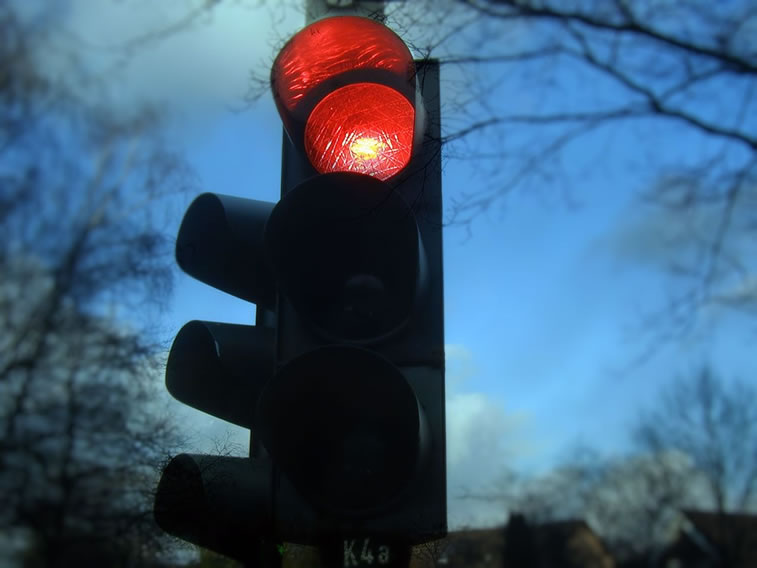 The fine for running a red light for a FPN is £100 with 3 penalty points endorsed on a driver’s licence.

If you receive a Notice of Intended Prosecution, this may be followed by a court summons. For running a red light, a court can fine a maximum of £1000 with a maximum of 3 penalty points endorsed on a driver licence. A court may also order a driving ban.

The period in which a drivers licence can be revoked is discretionary and is dependent on the circumstances. If a driver was simply driving recklessly and put others at significant risk, a court will likely impose a longer driving ban.


How to avoid running a red light

The best way to avoid running a red light is to change your driving habits. Obviously its best to leave plenty of time for a journey so there is no need to rush, but it’s more to do with the way you drive.

As a learner driver, one of the most challenging aspects of the learning process is anticipation and planning. This involves not only scanning the road directly around you, but continuing up the road as far as the eye can see. Depending on what the driver see’s they must anticipate a possible change and plan for that action.

These days traffic light cameras are digital or are being replaced by digital cameras. These modern cameras don’t run out of film and are designed to detect both the speed of a vehicle, plus it detects if they run a red light. With this modern technology, it’s really not worth trying to run a red light as the 3 penalty points on a licence are likely to ultimately cost more financially than the £100 fine itself.

Running a red light code or as it is properly stated ‘Failing to comply with traffic light signals’ is offence code TS10 that will appear on a drivers licence.

For a guide to other common driving offences and the penalties involved, see: