This insurance policy covers the third party (a person who may claim against you due to an accident that was your fault).

The most basic legal form of car insurance is third party. Third party car insurance essentially covers everything except you and your car and is therefore usually considered to be the most appropriate cover for vehicles of little value.

At least that’s how it used to be not so long ago. 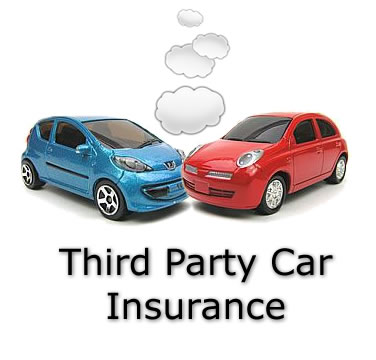 Third party car insurance used to be the favourite among new and young drivers as it was unquestionably the cheapest type of car insurance available. Statistically however, it is the new and especially the young drivers who cause the most accidents and as a result, cost the insurance companies the most money.

It may still be possible to find cheap third party car insurance, but generally, long gone are the days when a young driver can affordably insure their car. When searching for the cheapest, most affordable car insurance, use a combination of independent insurance providers and price comparison sites.

Increasing car insurance excess when taking out a policy is often a good method of lowering the overall cost of the insurance policy. However, there is no excess to pay on third party car insurance as the first party (the policyholder) cannot make a claim.

When getting quotes for types of car insurance other than third party only, there will be an excess. The excess is what you will need to pay due to an accident, fire or theft of your vehicle. The higher the excess you agree to pay, the cheaper your car insurance.


OTHER TYPES OF CAR INSURANCE AND INFORMATION