Home Driving Offences Is it Illegal Not to Indicate?

Is it Illegal Not to Indicate?

As there’s no specific offence detailing the inappropriate use, or failing to use signals / indicators, then technically it’s legal to not indicate.

There was a survey conducted by AA Streetwatchers, at various locations within the UK who looked at the habits or some 40,000 drivers. Part of the survey covered indicating and results concluded that a third of all the drivers surveyed didn’t indicate before making a turn at junctions or roundabouts.

If you were to loosely throw that figure nationwide with 33.7 million vehicles licensed to for use in Great Britain, that’s around 11 million drivers who don’t bother indicating – or at least choose to do so in some form of irregular system.

If there’s no specific law that ensures drivers must indicate, then why bother at all?

Those that do indicate will usually do so for safety reasons – so that all road users including pedestrians know your intentions. Also reasons of courtesy – how many times have we unnecessarily stopped at a roundabout just because a driver couldn’t be bothered to signal? 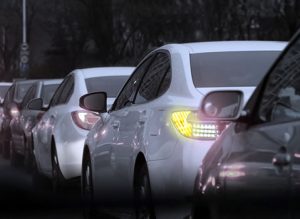 This is where the offence of ‘Driving without due care and attention or without reasonable consideration for other road users’ covers many forms of bad driving. If a driver is too lazy to indicate and their lack of actions is a direct result of an accident, they may face a charge of careless driving.

Depending on the severity of the incident, careless drivers face a fine of up to £5,000, 3 to 9 penalty points on their licence and in more serious cases, a driving ban.

To the other extent, it’s equally important to not unnecessarily use signals and to cancel them when they’re no longer needed.

The Highway Code is generally advice and defines law by the use of the word ‘must’, compared to ‘should’ which is an advised method to follow.