Driving Whilst Using A Mobile Phone


Using a phone whilst driving distracts you from the road ahead and studies show that a driver is four times more likely to be involved in an accident whilst using a mobile phone when driving. Using a phone also slows a driver’s reaction time to around 50% slower than during normal driving. This can be the difference between avoiding a relatively minor hazard, to becoming involved in an accident.

This clearly averts their eyes away from the road ahead, often for continuously long periods of time. Statistically it’s young drivers who are prone to text whilst driving. Along with a general lack of driving experience combined with the activity of texting and driving will sooner or later result in them having an accident. Young people in particular often have a false sense of security when driving, a sense of invincibility and over confidence, which in certain areas such as driving, can cause more harm than good. 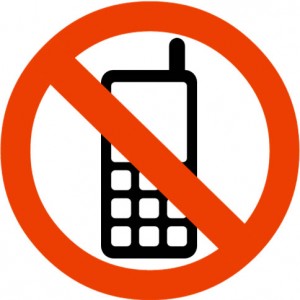 More than 200,000 drivers are issued Fixed Penalty Notices each year

Most of us know that using a mobile phone whilst driving is illegal. It is also an offence to use a mobile whilst waiting at traffic lights and in traffic queues and traffic jams. You may even face prosecution in car parks if your vehicle is not stopped safely and in an appropriate position. Private car parks where the public are given access allow the police to impose penalties where the public may be at risk.

Due to the vast quantity of drivers using their mobile phones whilst driving, the government re-evaluated fines and penalty points. When the law was first introduced in December 2003, drivers faced a £60 fine and three points – up to £100 fine in 2013. The significantly harsher penalty of £200 and six penalty points introduced on March 2017 is hoped to deter drivers from using their mobile.

This will hit new drivers the most as six penalty points or more on their licence within two years of passing their first driving test will result in their licence being revoked. In such circumstances, the offender must take and pass both the theory test and practical driving test again. If the circumstances warrant harsher penalties, a course may rule that the offender must take and pass the extended driving test instead of the usual shorter and easier practical test.

If an incident occurs where an accident or person is injured as a direct result of the use of a mobile phone whilst in control of a motor vehicle, penalties and fines will increase significantly. Harsher penalties such as driving without due care and attention, or dangerous driving may be imposed along with a fine of up to £1000 and a driving ban. A court may also order you to retake and pass the theory test and practical test or extended driving test before you are entitled to drive again.

The offence of ‘Using a mobile phone while driving a motor vehicle’ code is CU80 and is endorsable with three penalty points placed on the offenders licence. These penalty points stay on the licence for 4 years from the date of the offence.

If you are simply caught in the act of using your mobile when driving and the incident remains uncomplicated, certain counties authorities may offer you a driving awareness course instead of fines and penalty points.

The What’s Driving Us course is aimed at providing drivers with a safer and more responsible attitude towards driving. There is no test at the end and no practical driving part is involved as the entire course is theory based. The course is offered entirely at the discretion of the police officer and whether it is available in your area.

Police are cracking down on mobile phone use when driving and new technology is equipping the police with cameras that allow them to detect drivers committing various offences such as not wearing seat belts and using mobile phones whilst driving.

Hands free kits are legal and with the high risks involved in using a mobile whilst driving it makes sense to make that small investment. Hands free mobile phone kits can be purchased cheaply and connect easily to you phone via bluetooth.

You may have possibly wondered why is it dangerous to use a mobile phone at petrol stations? That’s a good question, and here’s the answer – it isn’t! It’s all a myth. Some people are under the impression that if whilst pumping gas you were to retrieve your mobile for a text or chat, your vehicle along with the pump will erupt into flames. The fact is is however, not one petrol station fire around the world has ever been associated with mobile phone use.

Mobile phones aren’t designed to produce sparks and the electric field and static produced by a mobile isn’t powerful enough to ignite fuel. Let’s not forget of course that you have just pulled up in a petrol station in a large metal machine full of moving mechanical parts and electrical systems that are far more capable of producing enough energy to ignite petrol. Most of us would hopefully not smoke a cigarette whilst refueling, the fact is however that even a lit cigarette is not hot enough to ignite petrol.

So what has been the cause of over 300 petrol station fires over the years? It’s simply static electricity generated by wool or synthetic clothing and materials, and the human body. Most of us have felt a static shock at some time and this is because static electricity is generated when two materials are in contact with each other.

When two materials touch, electrical charge can redistribute from one material to the other, leaving an unbalanced positive charge on one material, and a negative charge on the other. Materials generally like to stay at equal amounts of positive (protons) and negative (electrons) charge and because the materials are unbalanced, the cause electrostatic charge.

This is typically the cause of static electricity between your clothes and the car seat. When leaving the car, often a static charge is taken with you and when a conductive material is touched the balance of negative and positive charge is resumed. If this balance is performed quickly, a static shock is felt.

Although it’s rare that static is going to ignite petrol, holding onto the car door frame before getting out and keeping hold of it until you are out of the car will allow the charge to disperse slower and so resulting in no shock or spark. Leaving the petrol nozzle in your vehicle to automatically fill whilst sitting back in your car seat to look for an item such as a credit card may increase your chances of producing static charge when getting out to remove the fuel nozzle.

Read up on other driving offences: