A driver can have their driving licence disqualified if they are convicted of drink / drug driving or other driving offences that is necessary to result in a ban.


A court can order that once the disqualification period has ended, that the individual must return to a provisional driving licence holder and go through the entire driving test process as a learner driver does. This also includes taking the theory test.

Once the driving disqualification period has finished, you have a provisional driving licence and have taken and passed the appropriate theory test for your category, you are then entitled to book the extended driving test.

The current cost for extended practical driving test for cars is: 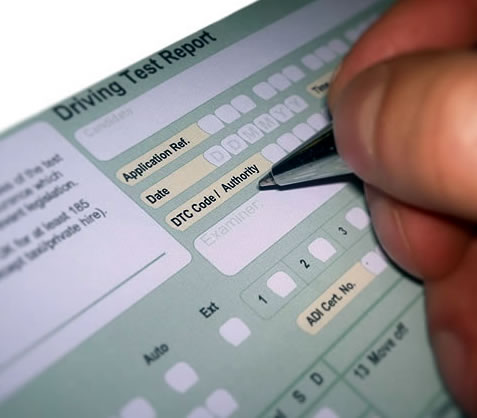 Booking information of all driving tests including the theory test, normal learner practical driving test and the extended driving test is made via the DVSA website or telephone booking which can be found on the How to start learning to drive section.

how hard is the Extended test?

You are at this stage a provisional driving licence holder and essentially a learner driver. The driving examiner will be assessing you as a learner and you still have up to 15 faults (minors) that you can gain before failing. As with the normal driving test, accumulating more than three minor faults in the same category may result in a failure, though this depends on what the faults are. How hard the extended driving test is also depends largely on where the driving test centre is located. There are four manoeuvres in total. These are:

The turn in the road and reverse round a corner manoeuvres are no longer conducted on the new driving test. A normal driving test will involve the examiner requesting one of these manoeuvres (occasionally two if time permits). The extended driving test may involve all four manoeuvres, although if the test centre you are taking the extended test from doesn’t have parking bays, or another DVSA test centre within appropriate driving distance does not have bay parking either, you will not have the bay parking manoeuvre requested.

How difficult the extended driving test is, can also be associated with where the driving test centre is based. For instance taking an extended test in London is likely to be more challenging than say, Cambridge. The traffic flow and style of driving in a large city such as London is often much faster and aggressive. Roads, junctions and roundabouts often have fast moving multiple lanes and the driving test pass rates reflect this.

Extended driving test routes are longer than the standard learner driver routes. You’ll be expected to safely negotiate a wide range of roads and traffic systems. Extended driving test routes are on offer to view. These routes will provide a valuable insight into the various types of roads and systems you’ll be expected to take during your test. For further information, see:

Although you will have had previous driving experience, it doesn’t take very long for most drivers to acquire bad habits. As you have previously been disqualified, the examiner will be keeping a keen eye to ensure that your driving is particularly safe. In particular, the examiner will be focusing on safe passing distances of cyclists, parked cars etc, excellent and appropriate observation, appropriate signalling and in good time, speed limits and to remain courteous to other road users.

Ensure you are clear to your instructor that you require training for an extended driving test as the instructor will need to adopt a more intensive approach to teaching to prepare for the long 70 minute extended test. After your first lesson, the instructor will provide you with a detailed analysis of your ability, progress and how many further lessons they think you will require.

The instructor will re-teach you all the correct observations not only for driving, but for all the manoeuvres. This may include reference points in the car for manoeuvres if applicable. In such cases, it will be beneficial to use the instructors car during the extended driving test.

Tips for taking the Extended Test

It may be a little more difficult than initially thought when trying to find a driving instructor for the extended driving test. Follow the guide in finding a good driving school or instructor, but you may get turned down by some instructors because their insurance does not cover them for previously disqualified drivers.

which car to use for the Extended Test?

If you manage to find a driving instructor willing to teach you for the extended driving test, use the instructors car for the test as it is highly unlikely you will find a car to use on the test. To take a normal learner test and the extended driving test, a hire car must have dual controls. It can be difficult finding a car hire company offering cars with dual controls. Even then, the hire companies insurance is unlikely to cover them for previously disqualified drivers.