Dangerous driving is defined as a standard of driving that falls far below the minimum acceptable standard that is to be expected of a competent and safe driver. 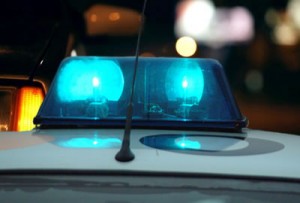 As of 3 December 2012 the new sentence of causing injury by dangerous driving was introduced by section 143 of the Legal Aid Sentencing and Punishment of Offenders (LASPO) Act 2012.

According to the Road Traffic Act 1988, causing serious injury by dangerous driving occurs when a person drives a ‘mechanically propelled vehicle’ on the road or another public place in a way deemed to be dangerous, resulting in causing serious injury to another person. In England and Wales, ‘serious injury’ in this context will be the same as grievous bodily harm, defined in the Offences against the Person Act 1861 as ‘really serious harm’. The causing injury by dangerous driving offence will be valid in Scotland, England and Wales. Scottish law, however, has a different definition of grievous bodily harm. In Scottish courts, ‘severe injury’ will be considered in the same context as that in aggravated assault cases.

The penalty for dangerous driving varies considerably depending on the circumstances, if anyone is injured and if any fatalities are the result of a drivers actions. Minimum penalties such as obligatory driving bans and fines are imposed although the maximum is also determined by mitigating factors such as:

Dangerous driving sentences vary depending on the circumstances and the severity of the offence. No custodial sentence imposed, up to a maximum of 14 years for severe offences. Sentences may vary depending on whether the offence is heard in a Crown or Magistrates court. Dangerous driving in its minimal form can see the offender having a maximum custodial sentence of two years if convicted in a Crown Court  or six months if convicted in a Magistrates Court.

Driving convictions that receive a ban are viewed as high risk by car insurance providers. Dangerous driving in particular has a mandatory ban of at least one year and being one of the most serious driving offences represents a challenge for many drivers to find any insurance cover at all.

Depending on your age and the seriousness of the offence, those insurance providers that don’t refuse you a policy will charge a high risk premium that makes it worth their while taking the risk on insuring you. Insurance premiums are likely to be at lease triple the price you were paying prior to the offence.

A dangerous driving convictions remains on a drivers licence for four years and by law you must tell your insurance provider. If a policy holder fails to disclose some or all facts or conviction details, in the event of an accident the car insurance provider may refuse to pay out.

The law is generally reasonably clear whilst driving on public roads, but when it comes to private roads or land it can be a little more confusing. Generally speaking, any land that allows public access such as a supermarket car park, a campsite or pub car park for example all allow for public access and although it is private property, a driver can still receive penalties.