A slow moving vehicle is a vehicle that is being operated on the highway and that is moving slower than the flow of other traffic.

You’ll often find that drivers behind the slow moving vehicle are desperate and impatient to overtake it, even if they are not short on time or have anywhere of particular importance to be.

As the population increases, so does the amount of vehicles on our roads. This inevitably increases traffic congestion which can affect the temperament of drivers, resulting in stress.

Overtaking any vehicle comes with risks, so before doing so, think, do I really need to overtake? If you’re not in any particular rush, just stay behind. After all, you’ll be saving a little on fuel by driving slower. If you really do need to overtake, ensure it is necessary, that it’s safe and that’s it’s legal to perform the manoeuvre. Always check your mirrors and signal your intention to overtake. For further information on the overtaking procedure, see: 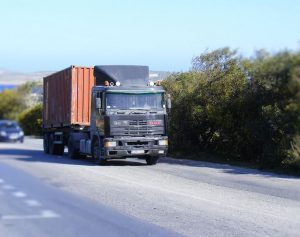 The types of frequently seen slow moving vehicles you’re likely to encounter include:

Other slow moving road users include cyclists. Often in battle between vehicles, cyclists represent vulnerable road users. For a tutorial on how to correctly deal with cyclists, see: