Speed Awareness for the Driving Test

During a driving test, among other things, the examiner will be assessing your use of speed and speed awareness.


The correct use of speed falls into these categories, all of which the driving examiner will be assessing you on: 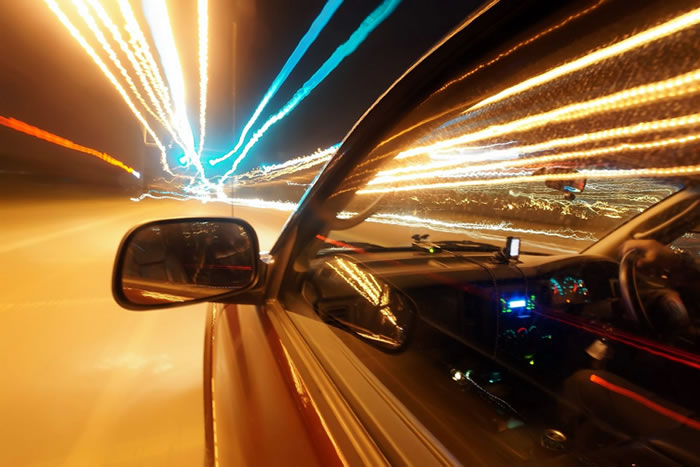 A common question by learner driver is ‘can you fail your test for going too slow?’ Driving examiners are of course aware that a learner driver is inexperienced and nervous and so may drive a little slower and hesitate a little more than experienced drivers. Although driving too slow during a driving test may be acceptable to a degree, there can be a point where it can become dangerous. Driving too slowly can result in drivers behind getting frustrated, impatient and will to take risks to overtake. Even examiners find learners who drive persistently too slowly an irritating and tedious test to conduct.

An example of driving too slowly during a test would be a clear and straight 30 mph road with little or no hazards where a learner may drive between 20 and 25 mph unnecessarily and not where hazards such as parked cars, cyclists or bends in the road may result in the learner reducing the speed of a vehicle. Persistently and unnecessarily driving too slowly can result in a serious or over 3 faults within the same category which may also result in a serious fault.

Inappropriate use of speed is one of the major reasons for failing the driving test. This will typically involve a learner driving too fast for the circumstances or conditions although remaining within the speed limit. These commonly include:

It’s highly annoying for any learner to fail the driving test for driving too fast or slow, especially if they otherwise had an excellent drive. Learning speed awareness is of course requisite to achieving a driving test pass and to maintaining safe driving for life.

Your driving instructor will aid in you developing speed awareness. To become speed aware, a driver must first have a good ability and confidence to control their vehicle without the need to constantly focus their attention on car controls. Once this is achieved, greater attention can be devoted to observation such as road signs and developing anticipation and planning which will help to anticipate potential or developing hazards and plan an appropriate action.

Remember that any new road that has a change of speed limit will have a sign or signs (both side of the road) displaying the new speed. Remember in general that most urban areas with street lighting will have a 30 mph speed limit. If in doubt, it’s better to go too slow than too fast. So for example if you’re not sure whether you’re in a 40mph or 30 mph limit, you’re better off going at 30 mph. Though this has its own hazards associated with it and still has the potential for failing a test, you stand a better chance of passing than if you are speeding.


Listen to the examiner

A driving examiner can on occasions actually help you during a driving test, all be it in an indirect manner. In relation to speed for instance, an examiner may what appears to you as spontaneously, ask you what is the speed limit of this road?

Bearing in mind that an examiner does not need to ask you any questions in a driving test other than your driving licence details when they meet you, eyesight test and Show Me Tell Me questions, this question is clearly providing you with a helpful hint.

They certainly won’t tell you directly that you are driving at an excessive speed or too slowly, but listen for any hints or tips they may be trying to tell you. This may apply to anything regarding the driving test and not just speed issues.

The use of speed check boxes can be found number 18 on the driving test report. Whether driving too fast, too slowly or inappropriate use of speed, this can be marked as driving test minors up to 3 maximum, or a serious or dangerous mark, either which will result in a driving test failure.

Specialised driving schools or driving instructors can provide a short speed awareness course if you are an experienced driver who intends on taking the UK practical driving test. Speed awareness courses teach you the correct use of speed for approaching hazards, junctions and will provide you with better observational skills whilst driving.