Home Driving Test Tutorials What Are Major and Minor Roads

What Are Major and Minor Roads


If you know the name of the road that you’re driving on, then this is the first clue as to the type of road you’re traveling on. It will help to establish if you are driving on a major or minor road, or a primary or non-primary route.

Major roads are defined as either the ‘Major Road Network’ (motorways), or the Primary Route Network (primary ‘A’ roads).

Another indication that you’re driving on a motorway (major road) is the use of blue signs that are only used on motorways (see Major, primary route motorway sign). Motorways are defined by the Department for Transport as the ‘Major Road Network’, or the network of motorways. 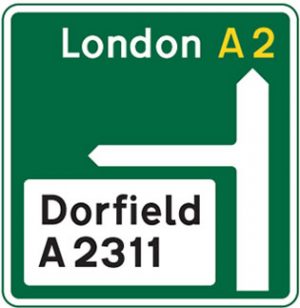 Primary ‘A’ roads are major routes that often connect towns and cities and are coloured green on most road maps and make up the Primary Route Network. The Primary Route Network is a designation of roads that are linking places of importance from a traffic perspective, and one that links all these destinations throughout the UK by easily identifiable routes.

Primary ‘A’ roads are often dual carriageways (see primary route dual carriageway sign), which make use of green road signs with white text and have a maximum speed limit of 70 mph. Primary routes will have the prefix letter ‘A’ followed by a number; for example the A1. 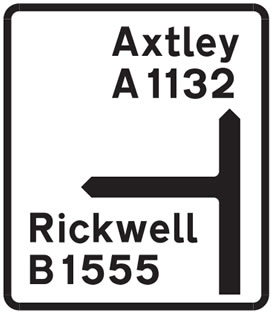 Non-primary routes that are still ‘A’ roads are often single carriageway and make use of white signs with black text (see Major road, Non-primary route ‘A’ road sign) and have a maximum speed limit of 60 mph.

Definition of a minor road is:

‘B’ roads are often narrower than ‘A’ roads, are usually less busy and are used to interconnect towns and villages. Speed limits vary from 20 mph often in residential areas, and in rural locations up to a maximum of 60 mph. Non-primary routes will have the prefix letter ‘B’ followed by a number; for example the B1264. On rare occasions, a ‘B’ road is categorised as a primary route. 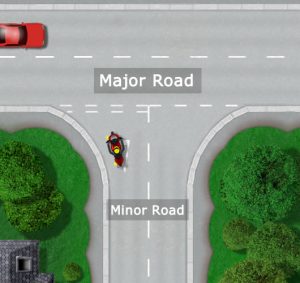 A minor road is typically defined as a road of less importance to the one it is joining. It could be referred to as a ‘B’ road or a ‘side’ road. The occasional minor road may in fact be so minor that it remains uncategorised and may not appear on certain road maps.

Not to be confused with motorways and the ‘Major Road Network’, major and minor roads are typically used by motorists to define roads on their level of significance. As can be seen in the diagram ‘Major and Minor roads’, the term ‘major road’ is defined as the larger main road, where smaller minor roads join via junctions from either side.