Home When to Change Gear

When to Change Gear

Changing gears is one of the largest challenges faced by many learner drivers. Controlling the car, dealing with what’s on the road whilst using the clutch and changing gear represents multi-tasking on the highest level.


Once a learner has gotten a good idea of where to place the gear lever for any given gear without looking at them, they then need to know when the appropriate time is to do it. Although challenging initially, this task that many of us do without a second thought becomes considerably easier the more you try. Let’s look at some tips for making it easier for when to change gear.

The majority of learner drivers need aids or reference points to help them understand when or where they should do something. Knowing when to change gear is no different. 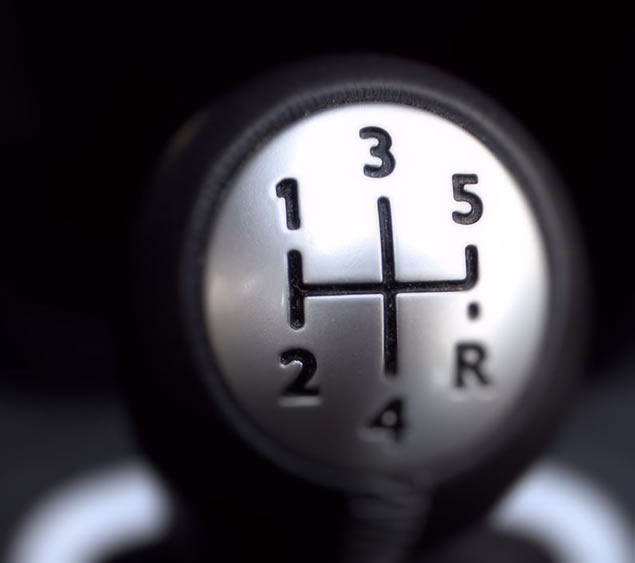 When to change gears in a car

When to change gear from 1st

Other than on the occasional downhill start, 1st gear is always the gear we use when moving forward from a stationary position. We also us 1st gear when moving along in traffic queues at very slow speeds, which is usually combined with clutch control. In normal driving, as you begin moving off in 1st gear, you will need to change into 2nd gear almost instantly. Remember when moving off from a stationary position, you will need to release the clutch slowly else you may stall the car. See how to stop stalling a car for a further help.

When to change gear from 2nd

To give an indication on when to change into 3rd from 2nd gear, keep an eye on the speedometer. When you reach between 15 to 20 mph, change into 3rd gear. 2nd gear is often used for driving at slow speeds and is usually the preferred gear for making left or right turns.


When to change gear from 3rd

3rd gear is an intermediate often only used for increasing speed. Whilst accelerating in 3rd gear, when a speed of 30mph is reached change into 4th gear. Certain vehicles drive around town at 30mph in 3rd gear quite happily although it is recommended to use 4th to increase fuel economy.

When to change gear from 4th

4th gear is ideal for driving in cities and towns at 30mph as it is the most economical gear for these speeds. In most cars, reaching a speed of 40mph should allow you to change into 5th gear.


When to change gear to gain higher speeds

There will be occasions during the course of normal driving, driving lessons and the driving test when you may need to reach a certain speed in a faster time than usual. A typical situation can be joining a dual carriageway where it is often essential to accelerate along the slip road to match the speed of the traffic on the carriageway.

This can be achieved by providing greater power to the engine by pressing harder on the accelerator and by reaching a higher speed in each gear before changing. By the time you are ready to join a dual carriageway however, it’s certainly not recommended that you keep a check on the speedometer to see when to change gear.

Listening to the engine is key here but avoid pushing the engine too hard before changing gear. In such situations the rev counter can be beneficial by ensuring the needle does not get to close or go into the red line.

When to change gear whilst slowing down

Whilst slowing down it may be necessary to change down a gear else the car may lose the ability to accelerate further due to an inappropriate gear or even possibly, you could stall the car. Whilst slowing remember the speeds at which you changed up in the first place, for example slowing down from 30mph to 20mph would be an ideal time to change from 4th gear to 3rd.

Remember however, if coming to a complete stop at a red traffic light for example, in modern cars you do not need and are not expected to change down through the gears. Regardless of the speed or gear you are in, you simply need to gently slow down using the brake and a few metres before you stop, depress the clutch and select 1st gear.

What gear for which speed

Each car has an optimal speed for each gear. The table below provides a general guide for what gear for which speed.

Other tutorials related to car gears