During a driving test there will be many occasions the examiner will ask you to park up on the left. This is to ensure you park up safely, legally and with good control.

Parking up may seem like a simple task although a great many driving tests are failed for this reason alone. During a driving test, examiners take the parking up process seriously.

A good amount of forward planning and anticipation is needed to successfully complete this task as it is likely the examiner will request this procedure many times. A good braking techniques such as progressive braking makes for safer driving, and once perfected, allows for easier parking. 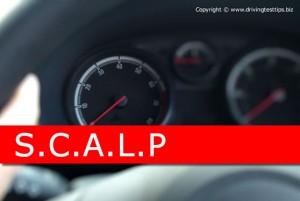 Avoid stopping too close to a bus stop if avoidable as this will make it difficult for buses to pull in or out depending where you stopped. Avoid also parking opposite a bus stop on the opposite side of a road as this may cause inconvenience to other road users if a bus pulls up and could be potentially hazardous. Although not illegal, if you cause sufficient inconvenience to other road users simply due to a lack of forward planning, it can potentially fail a test.

Similarly, avoid parking up opposite another parked vehicle if the road isn’t sufficiently wide to allow traffic safe and easy passage. Try to think also if a bus or large vehicle needs to pass. Avoid if possible parking on or near a brow of a hill as this can be hazardous for passing vehicles that cannot see the road ahead. Avoid parking where kerbs have been dropped to aid wheel chair users. Avoid also stopping your car on a sharp bend as this is hazardous for approaching vehicles.

The above scenarios may not be illegal (unless signs or road markings suggest otherwise) and may or may not fail a driving test. It depends on the circumstances (was somewhere safer to park easily found?) and also if due to your inappropriate parking a potential or actual hazard developed.

Do not park in front of a property entrance even though it is for a short period of time. This isn’t illegal but will certainly be inconvenient for the property owner if they should wish to leave or return. Parking on the opposite side of the road to a property entrance is acceptable.

Although not likely to affect the results of your test, avoid parking next to lamp posts or telegraph poles as this may damage your passenger door when opened. For the passengers convenience, avoid if possible stopping in puddles or muddy areas.


Parking too close to a school entrance on the yellow zigzag lines is illegal and will not only fail a driving test but can render any motorist subject to prosecution. Zigzag lines must not be parked on as they are implemented for safety reasons. The same applies for any zigzag lines found at pedestrian crossings.

Do not park too close to junctions and allow a minimum of 10 metres, this also includes junctions on the opposite side of the road. This is potentially hazardous for other road users as it obstructs their observations. Technically, it’s not illegal to park within 10 metres of a junction if you are forced to do so by other stationary traffic. It does become an offence however if you park in such places unnecessarily causing obstruction.

Similarly to junctions, avoid parking too close to a roundabout or more often, mini roundabouts. This can stop the flow of traffic on the roundabout if a vehicle needs to give way for oncoming traffic whilst waiting behind you.

You must not park on pavements unless signs specifically permit this. Although it is not illegal to park on a pavement outside of London and other areas that prohibit such parking by the use of road markings or signs, it inconveniences pedestrians and will most certainly fail a driving test.


OTHER DRIVING ROUTINES USED FOR LEARNING TO DRIVE