With the ever increasing traffic cameras, traffic light cameras or red light cameras appearing in the UK, it’s becoming a challenge in itself to avoid a fine, let alone drive safely.


It’s often argued that the use of cameras causes more accidents than it does prevent and many ‘innocent’ motorists get caught by cameras through a simple mistake, all of which we make.

The fact is, if they save even a few lives, then it is worth it. If however you have been mistakenly issued a Notice of Intended Prosecution (NIP) or a summons, it is worth understanding your rights.

A red traffic light as we know means stop. Red and amber lights also mean stop. The only time a motorist is permitted to continue is on a green. If the amber light is illuminated, a motorist must also stop, but may continue only if they have crossed the white stop line. You may also continue on an amber light if you are so close to the stop line that it is likely you may cause an accident.

Failing to stop at a red light or as its referred to in law terms ‘Failing to comply with traffic light signals’, offence code: TS10 – will see you issued with a fixed penalty of £100, plus 3 penalty points on your licence. If court action is taken however, the fine can reach a maximum of £1000, though this is means tested. Red light traffic cameras are usually located a junction where accidents are frequent or at yellow box junctions.


Reasons for running a red light 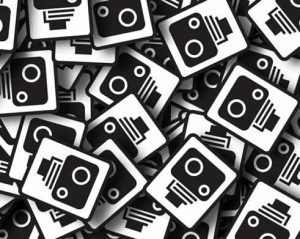 Cameras are appearing in greater numbers on UK roads

The law only allows a vehicle to proceed over the white line through a red light if directed to do so by a police officer who is officially directing traffic. Below are frequent reasons that motorists run a red light.

Another example could be that a driver has stopped before the line, but their car rolled forward or jumped forward slightly. In any case, whether accidentally or not, it still remains driver error and a prosecution would ensue

Traffic light failure would provide mitigating circumstances also, although it is advisable to gain as much evidence as possible to suggest you had no option to continue due to light failure and that you proceeded with extreme caution.