THE DRIVING TEST IN Burgess Hill

Burgess Hill Driving Test Centre is situated on the outskirts of a busy town. Both busy urban roads and rural roads often feature on the test routes. Rural roads are challenging and are likely on the test (see country road driving). These roads may be high speed, narrow and have sharp bends.

Other hazardous conditions are roundabouts, junctions and crossroads. Primary route ‘A’ roads will feature on the driving test including the A273 and A2300. These high speed roads require a good understanding of approaching traffic speed before joining.

To gain a better understanding of the various road types and traffic systems that you are likely to encounter during your test from Burgess Hill Driving Test Centre, visit our driving test routes section.

Rescheduling or cancelling the driving test
To gain a full refund for the driving test at Burgess Hill, cancellations must be made at least 3 working in advance of the test date. The same conditions apply for rescheduling if you wish to change the date. The above contact details can be used for these methods. 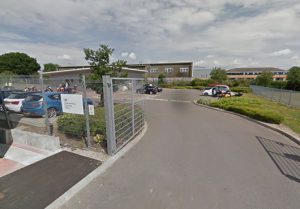 Burgess Hill Driving Test Centre telephone number may be either located on this page or via the driving test centre contact numbers section. Practical tests cannot be booked via these numbers and should only be used to contact the test centre manager for any concerns or issues you may have regarding your test.

In order to help others that are taking their driving test, or to simply tell us whether you passed or failed your driving test, write a review of Burgess Hill Driving Test Centre. Rate this driving test centre based on your experience using them, what was your examiner like and how difficult were the test routes? It’s quick and simple – no signup necessary and only your nickname will be displayed. To ensure your review meets our guidelines, please read our Terms and Conditions prior to submission.

Create your own review
Average rating:   32 reviews
byjodie on

I went to have my driving test on Tuesday 8th September at Burgess hill. I was greeted by Paul who seemed profoundly serious and unwelcoming. He proceeded to do all the checks on my driving instructors’ car but when he got to the passenger side, he was taking longer than I expected. He asked me to call over my instructor, which I thought was odd. The examiner then asked when the car was last cleaned (which was done less than a week ago, apparently not recent enough) my instructor had also previously wiped down the whole area where the examiner would have been sitting. He then told me my test was going to be cancelled due to the car not being clean enough! There and then as I was waiting to get in the car. The 'dirt' he was referring to was on the carpet, on the floor from your shoes when you get in the car, there is nothing we could have done about it as it needed a hoover on it according to him, when there were clearly other ways round it (like shaking it out or just taking the removable carpet out the car) and you can’t prevent that from happening unless you take your shoes off. We were also both wearing masks and the examiner was also wearing surgical gloves, so I really don’t see why it was an issue. If someone is that paranoid about catching the virus then he really should not be working. I should also say that I was not given a refund after HE cancelled the test and I will have to pay another £62 when I can eventually book another one. My instructor and I are extremely angry the way he dealt with the situation and that he wouldn’t allow us to even try to clean up the ‘dirt’.

I agreed with asian people that said the examiner doesn’t like asian people. I can feel it! I FAILED 3 times!! The first test I had it with (Name removed at request) who was nice lady and judged me fair enough. The second time I had the test with L...a who asked me Could I read the signs??! She was so rude and told me that should get lessons before the test! And the last time I had the test with J..n who wasn’t fair enough for judging me! Let me down by asking me to pull away on straight road with car was far away from my car behind! Then asked me to STOP it!! And gave me serious fail!! He told me that car was too close to me and when finished test gave me 12 minor faults on gear, cluth, break and accelerator!!! What? When?? I totally agreed with anyone who said they don’t like asian people! If I live close to other centre test, I would not get driving test here! Not fair enough and Inequality!

Had (Name removed at request) on my first test, found her rather rude and abrupt. At one point I simply asked her what direction I would be going in at the upcoming roundabout, as she hadn't said anything to me, to which she replied "as I said at the start, if I don't say anything then assume you're going straight ahead". Well there really is no need for the sass, especially as things said at the start are easily forgotten by nervous drivers. I was failed because the 30 mph sign was covered by trees so was doing about 35 mph as I was unsure. My instructor and I then did the same route and he agreed that she should have told me the speed limit if the sign is obstructed. Passed second time with Hannah who was absolutely lovely and made me feel very comfortable and at ease during my test.

To whom it may concern I am writing this review as I would like to complain about the examiner I was assigned as I feel they have acted inappropriately / unprofessional etc As a result of this I had to cancel my test after 5 minutes in due to the examiners attitude. At first I found that he wasn't very welcoming and he made me feel uncomfortable from the second I got into the car. I appreciate that his job is not to make me feel welcome but I also don't think that examiners are meant to act in a way that unnerves students deliberately. The first question he asked me was tell me how you would check the tyres have sufficient tread depth and are is safe condition? I responded they should be no cuts anywhere in the tread and a minimum of 1.6 m.m of tread depth. (This is the textbook answer). He responded by asking what else you might look for and I said I might look at the condition of the tire as well and make sure it's not flat. Following this he asked yet again what else might you look for. At this point I started to lose confidence as I am not sure considering I had given what I think are two acceptable answers and I had been previously informed by my instructor that my first answer was usually sufficient. I said I might check if the tyres are damaged, and at this point the examiner started to shake his head implying he is not happy with the answer. I felt that this was extremely unprofessional as if he was not happy with the answer giving a minor would have been sufficient without deliberately acting in an intimidating fashion. After this he spent 3-5 minutes trying to get the sat nav to work and then when I started to drive he asked me to go into the car park and drive into a bay although I felt the way he delivered this was not professional as I felt he was shouting at me and not talking or simply requesting manoeuvres. I drove into the bay and told him that I did not wish to continue with the test as I felt that he had an unprofessional attitude. I was also unhappy when the examiner would not give me his name when I asked as he stated that he had provided it at the beginning of the test. I then found out that his name was Nathan (was this after the test?) I am now in the process of an official complain Through DVSA customer service centre

Really disappointed with my examiner. I had Sandra who from the reviews above I was nervous about having. Sandra grabbed the wheel when it definitely wasn't necessary. It seems to be a trend that Sandra is known for not making people feel relaxed and is quite rude. As a 19 year old girl I don't feel like I have any confidence now and generally agree with the majority that Sandra shouldn't be an examiner.