Home Tips for Passing the Driving Test Your Driving Examiner 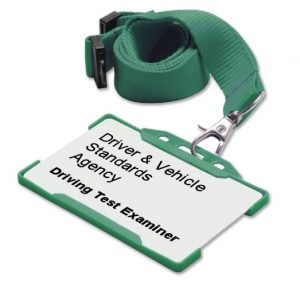 The roll of a driving test examiner is a challenging one. Of the tests conducted each day, an examiner will experience gleeful joy, disappointment, sometimes tears and occasionally abuse from test candidates. It’s one of those jobs where you simply can’t please everyone all of the time. Here we attempt to answer some of the most common questions asked and comments made about your driving examiner.

Working for the public sector, examiners are trained and expected to demonstrate a professional and courteous demeanor to all test candidates. Many examiners do however tend to act impartially towards test candidates which by some, could be misconstrued as being unfriendly.

Some examiners are a little more approachable, ‘warm’ and friendlier than others, but in general when taking your driving test, you should expect professionalism and politeness from your examiner, but don’t expect them to be your friend.

Can You Refuse a Driving Test Examiner?

Generally no. If you were to attend a driving test booking and refuse to take the test with the allocated examiner you would lose your test fee and not be able to sit the test, you cannot request a different examiner.

The only exception to this is if you and the examiner assigned to your test booking are friends or family members. In this instance, the test may be transferred to another examiner if possible. If you do have issues with a particular examiner, and you feel that you have sufficient reasons for your test to not be conducted by this person, contact the DVSA in advance of your test date and explain the reasons why. The DVSA will look into it further.

Can Driving Examiners Change Their Mind?

No, the examiner’s decision is final. You can however appeal your driving test result, but if you are successful, you will receive a free retest and not a test pass.

Can I complain about the Driving Examiner?

Yes you can complain about an examiner if you feel they haven’t followed the regulations correctly and that they failed you unfairly. You’ll not be able to contest the result of the test but if your appeal is successful, you’ll receive a test booking for free. For driving test complaints, contact the Driver and Vehicle Standards Agency (DVSA). For further information, see appeal a driving test.

Will the Examiner Fail me if I stall the Car?

It is possible, but it really depends on how often you stall, whether you stall the car in a hazardous place and how well you recover from it. It’s a little too complex to cover in a short paragraph, but you can read a full explanation by reading Can you fail a driving test for stalling?

Driving test examiners are trained to a high standard and one of the four core competencies is ‘customer service’. This area of training focuses on how they interact with test candidates from the tone of their voice, body language, how they look at test candidates and a test candidates personal space – even down to car seating position. When dealing with the public, it’s easy for communications whether verbal or non-verbal and an individual’s attitude to be misinterpreted. Examiners are specifically trained in this area and are continuously assessed throughout their career.

When taking your driving test, you should expect professional and polite conduct from the examiner and upon meeting the examiner for the first time, it’s important that you are to be greeted pleasantly as this sets the ‘tone’ for the test ahead.

However, examiners aren’t there to be your friend and for the test to be conducted fairly, examiners tend to adopt an impartial demeanor which by some may come across as a tense and uncomfortable situation. Examiners are required to ensure that instructions are given clearly, in good time and that the test candidate is in no doubt what they need to do and where they need to go.

The above is what you should expect from your examiner, but if you feel that your examiner’s attitude extends beyond this, that it was generally bad or inappropriate, you may wish to consider complaining. You can either contact the driving test centre manager directly or complain to the governing body (DVSA) as detailed above.

Examiners giving late instructions often in relation to a change of direction is an issue that many learner drivers complain about. There’s two possible options to consider here;

Can You Ask the Driving Examiner to Repeat?

Yes of course. It is the examiner’s duty to ensure instructions are clear and understood by the test candidate. If an examiner should have an issue with repeating instructions, they would be failing to follow regulation.

Do Driving Test Examiners Have a Quota?

No driving test examiners do not have a quota, but their pass rate and fail rate could be scrutinised by the DVSA if it’s either too high or too low when compared an acceptable average for that specific test centre.

Do Driving Test Examiners Fail You on Purpose?

If an examiner’s pass rate is too high or too low when compared to other examiners at the same test centre, you could argue that they might want to manipulate this, but that’s purely conjecture. In general, an examiner would have little reason to fail a test candidate on purpose.

How Much do Driving Test Examiners Earn?

Should I Talk to the Driving Test Examiner?

Some learner drivers / test candidates feel that a little light chat eases their nerves, so providing that it doesn’t detract from your driving or concentration, then yes, talk to the examiner. However, the examiner isn’t obliged to engage in light chat, so you may not receive the desired response.

Driving Test Examiner Talking Too Much

On the other hand, some test candidates have complained that examiners simply talk too much about irrelevant topics to the point where it impacts the test candidates concentration. If you find that your examiner is waffling on a little too much, politely state that you require a little piece and quiet in order to concentrate.