Can you Fail a Driving Test for Stalling?

Yes you can fail the driving test for stalling, but there’s usually specific reasons that results in a failure. The first reason is due to the amount of times that the test candidate stalls.

Learners often ask ‘How many times can you stall in a driving test?’ Stalling once or twice or perhaps even three times will usually not result in a test failure providing you recover from the stall in a safe and reasonably timely manner. However, if you continuously stall throughout the test, the examiner will have little option but to mark this down as a serious fault due to lack of control when moving off. Additionally, if you stall during different circumstances, for example once during a manoeuvre, another at a junction and one while moving off, the outcome might be more favorable than if you consistently stalled only at junctions for example. 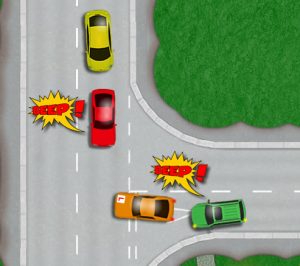 It’s not just about how many times you stall the car, it’s also about where you stall. Stalling on a test manoeuvre for example, is far less likely to result in a failure as you’re probably not going to inconvenience anyone else. However, stalling at certain other traffic situations may represent a much more hazardous issue. The following examples could see a candidate failing the driving test for stalling the car just once:

You can apply those examples to many situations (roundabouts, traffic lights etc), but as we now know, it’s not just the number of times you stall, or where you stall, but also how you recover from a stall.

If you do happen to stall on the driving test, recovery should include two factors; control and speed. Neither should be compromised. Let’s look at two examples of a lack of control and speed that are best avoided:

This does of course lead to the question:

How to Recover From a Stall

There’s two options here to begin with. Option one is a method that some driving instructors teach which is the obligatory hand brake and neutral routine. After a stall, the learner driver will fully depress the clutch, apply the hand brake, select neutral and restart the engine. Whilst this does offer the greatest from of control (no lurching forward by starting the engine in gear), it does run the risk of compromising the other factor, which is speed. Running through this routine takes time, which is perhaps not ideal if you stall at a busy junction.

Recovering from a stall requires different actions for different situations and requires the confidence to find a solution quickly and safely. To a certain extent, this can be practiced on a quiet road where you can attempt to run through as many scenarios as possible.

Moving Off From the Side of the Road

During the driving test, examiner will ask you to pull up on the left on a few occasions. You might also be asked to pull up on the right for a manoeuvre. After parking up, you’ll need to move off and before doing so you’ll need to get the car ready to go, then the safety observations; check the mirrors and the blind spot and go if all is clear. As you can imagine, this moving off procedure can often result in stalling the car – which is fine. The problem here is that the test candidate gets flustered, restarts the engine and moves off without safety observations again. That’s a fail! If you stall whilst moving off from the side of the road, get the car ready and do the safety observations again before moving off.

Stalling During Driving Test But Not During Lessons

This is something that happens quite frequently, so you’re not alone. Not necessarily stalling, it could be anything. A learner drives perfectly during their lessons and come driving test day, they make all manner of faults that they would normally not do. This is simply down to high levels of anxiety and stress. You might find that having a mock driving test or two before the real test could help you to assimilate and ultimately reduce stress levels.

The thing to remember whilst on a driving test is that a stall usually isn’t a fail. Just try to remain calm, gain control of the vehicle and get going as safely and quickly as possible. Panicking will probably make the situation worse. Stalling on a driving test is usually because the test candidate doesn’t want to appear hesitant or too slow and brings the clutch up too quickly.

How to Stop Stalling a Car

If you are prone to stalling and are looking for some tips and advice, see: