Test Centre Details:  1st floor accommodation – 14 steep stairs to access. Arrangements would need to be made with mobility impaired candidates to be met downstairs. No car parking available at Hinckley Driving Test Centre. Please park sensibly in the service area for the shops or in the lay-bys. Male and female toilets are available.
Test Centre Provides Tests For: Car, Taxi

THE DRIVING TEST IN Hinckley

Hinckley Driving Test Centre is situated in busy town roads and close to rural roads. Both road types are likely to feature on the driving test. Our tutorial section provides guides on many roads, including country roads. An excellent knowledge of various road systems to include crossroads, junctions and roundabouts (including mini roundabouts) is required.

The driving test will include a minimum of one test manoeuvre and the emergency stop procedure which has around a 1-in-3 possibility of being requested. Test routes are available for many of the test centres and may include Hinckley driving test routes.

Viewing the test routes provide test candidates with an insight into the various types of roads and traffic systems they’re likely to encounter.

Practical driving tests run from early morning through to late afternoon. Consider the location you intend on taking your test and ideally book your practical at a time that avoids peak-traffic rush hour. Below are the available options for making a booking:

Book a driving test by phone
Practical driving tests can be booked for any test centre including Hinckley by telephone. The book a driving test section contains the DVSA (Driver and Vehicle Standards Agency) contact numbers which will put you through to an automated booking service. A DVSA assistant can be reached by listening to the options provided when calling.

Book your driving test online
Booking the practical test via the internet is easily completed. The online system displays the availability of tests with dates and times to choose from. See the book a driving test section for booking a practical driving test at Hinckley.

Rescheduling or cancelling the driving test
3 working days notice is required to cancel the driving test at Hinckley if you require a full refund. The same conditions apply if you wish to reschedule. Cancellations and rescheduling can be done via the contact details above. 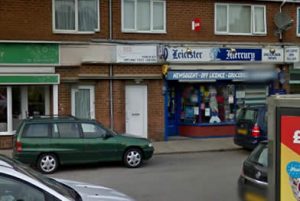 Writing a review of Hinckley Driving Test Centre whether good or bad will help others in deciding which test centre to use and what to expect on their driving test. As an example, let other know whether you passed or failed, what your examiner was like, how difficult was it and what were the test routes like. It’s quick and simple – no signup necessary and only your nickname will be displayed. To ensure your review meets our guidelines, please read our Terms and Conditions prior to submission.


Create your own review
Average rating:   10 reviews
by Adeniyi on

Margaret O'Hern- A woman with a HEART OF GOLD
After failing my test 6 times in Wigston test centre, I finally decided to change my test centre, Hinckley was recommended by my instructor.
Meanwhile, I believed within me that by my 3rd attempt I had passed. So, also my 4th, 5th and 6th attempts. Inasmuch as I knew I had few errors that I believed were unfairly magnified by these examiners during those tests, I thought I was unlucky with the examiners who more or less demanded PERFECTION from me.
I read the various reviews and pass rate of Hinckley test centre and also about its examiners. I was terrified when I saw that the pass rate of Hinckley was not really better than Wigston, but I just needed a new lease of life. I was tired of Wigston and its examiners. I just needed a change for once. I needed an independent assessment and assessor! But alas, It was like going deliberately from frying pan to fire! I still wanted it, yes, yes, no more Wigston!

The reviews about Margaret O'Hern were very scary. I could only silently prayed not to fall into her hands, but my prayers were not answered. I fell into her hands. Into Margaret's hand!
Upon seeing her, she looked firm and courteous as she opened the door for me to lead me out of the office.The initial documentations were done and we headed to the car. She made me feel comfortable by asking for what I would have been doing if I was not at the test centre. I felt relaxed and composed. The only time I was made comfortable like she did was doing my 1st test in Wigston.
The test was scheduled for 2.30pm and was about 25 minutes of independent driving-I gave it my all. Then, came the time for her to direct me, we got to a major roundabout and she directed me to go on the 4th exit, I felt I missed it twice. I was afraid as I went on the 3rd exit, but she encouraged me to carry on, I still had some minor faults here and there. I however, braced up and was determined to put in my best by checking the mirrors,exhibit lane discipline, do manoeuvres, show judgement,observation and awareness planning.
At the end of the test, I was expectant but I could not say with certainty that I had passed. I needed to wait for Margaret! She was calm and tranquil, I was breathless and nervous!. She asked,"How many times have you done this test?, I said 6 times. I was fidgeting and trying to catch a glimpse of the answer on her tablet, but I could not. She asked my Instructor to join us in the car and she now broke the good news- You passed!, you did it! She said,"I think you can drive well honestly, however I need you to be cautious.....,don't think you passed by changing your centre, It is because your driving is at acceptable level......." I was overwhelmed with joy, ecstasy and gladness.
She went ahead to give her analysis about my overall performance in the presence of my instructor.
Margaret O'Hern displayed professionalism, civility,thoroughness and competence all through my test period. I believe she has a heart of Gold! I was glad she was my independent assessor after 6 attempts all at Wigston test centre.
Thank you Margaret once again for giving me and family a New year 2020 gift. May the Lord answer you in times of trouble,protect you and send help from His temple to you. Psalm 20:1-4.

Had my test today with a female instructor... She got my name wrong when we first met, clearly hadn't read the paperwork properly. She also didn't give me instructions on which way to turn at the end of a couple of junctions so I had to ask her. It was also very hot inside the car which made me feel uncomfortable so I opened my window but 5 minutes later she asked me to put it up because the wind was blowing her way and making her uncomfortable which I thought was surely unfair considering I needed to be comfortable in the car in order to concentrate properly! I then messed up a couple of times so I knew I had failed but it was the way she spoke to me at the end of the test. She told me I had failed and that she was unhappy because now she had loads of paperwork to do because of me failing. She wanted to go in, sit down and relax with a cup of tea instead! Never mind the fact that I was upset and disappointed! At the beginning of the test my legs were shaking so she could tell I was nervous and instead of putting me at ease, she made me feel more uncomfortable.

If there was a minus score I would give them it! Absolutely disgusted with a certain female examiner who once again has failed my son for ridiculous reasons - one of which is asking him to join traffic after asking him to pull over then giving him a major for indicating to re- join the traffic? Bizarre reasons once again. I've rung 6 times - no one answers, so I will be making a formal complaint as they need to be held accountable for their appalling pass rates

by Lucy Bridle on

Awful test centre they are obviously trying to reach a target of people to fail. I had my test the other day and was talking through eveything I did and got told but the examiner that he was here to watch not to listen it was rude and completely took me off track for the rest of my test. Before this the examiner had messed up and not realised that I was booked in, he stressed me out telling me there was a problem and we were 10-15 minutes late, adding to my nerves on top of this he was clearly annoyed that he no longer had a break. I would recommend going to Nuneaton if you want a fair test!

by Ian Drewitt on

Friends daughter was given a failure for what the examiner requested her to do. the lady in question as per the reviews is notorious for failing people. There is obviously a culture within their business that is driven (no pun intended) to failing a percentage of their tests taken on a daily basis. Personally I would advise all new learner drivers to stay away from this test centre. I wouldn't give the one star if I could leave the review with none.