THE DRIVING TEST IN Norris Green

Norris Green Driving Test Centre is situated around the busy streets of Liverpool and the test will involve many difficult roads. High speed ‘A’ roads are often taken as are residential streets that are often used for test manoeuvres.

Around a 1-in-3 possibility of the emergency stop procedure being requested. The examiner will allow around 10 minutes for independent driving which is mandatory on each car driving test conducted. Test centre routes are designed by the examiners who conduct practical tests at their local test centre.

Booking a driving test is easily completed by either telephone or via the internet. Booking a test so that it is conducted outside of rush hour times may benefit test candidates, especially in busy areas.

Book your driving test online
The majority of test candidates book their driving test over the internet as the available free test slots are made visible to be taken. To make a test booking at Norris Green Driving Test Centre, see the book a driving test section. 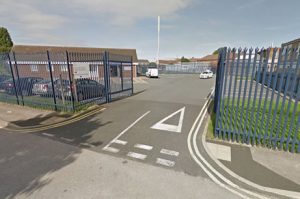 Write a review of Norris Green Driving Test Centre to let others know how your test went. You can tell people if you passed or failed the driving test, what the test routes were like, were there difficult parts? Tell us what the test centre was like, was there adequate facilities? Was it easy to find? and what was your examiner like on the day? It’s quick and simple – no signup necessary and only your nickname will be displayed. To ensure your review meets our guidelines, please read our Terms and Conditions prior to submission.


Create your own review
Average rating:   44 reviews
by Jay on

Had my test here this morning. Sadly, it wasn't a pass! Had a female examiner, can't remember her name as she didn't introduce herself. Turned right out of the test centre and right again on to the dual-carriageway and towards the Broadway roundabout. The examiner gave the instruction "using rhe right hand lane, go straight ahead at the first roundabout and second exit off the second roundabout". Now, I've attacked the infamous double roundabout from all angles for weeks with no problems however, I got myself into the right hand lane in good time and timed the approach nicely. A van was parked on the central reservation blocking the view so, when it was my turn to creep to the give way I was bringing the car to a nice smooth stop and with the give-way line still visable at the front of the car BANG! The car, albeit going at less than walking pace stopped abrubtly as the examiner had taken control. Three verbal reasons given, 1) should be going left, 2) you need to give way to the Audi and 3) the Sat-nav confused you. Okay, which one is it? Firstly, I took her instruction, using the right lane...etc and did the correct process, secondly, I wasn't over the give way line or going at a speed where I could not have stopped, there was a van turning left as well as the parked van blocking my view and yes, lastly, I saw the Audi and had control of the car - I felt the brake disappear under my foot as the examiner had slammed it. No sooner as we set off again, the examiner had packed up her sat-nav and was in a position to simply jump out which tells me she orchestrated the whole thing. The driving before and after was absolutely fine. Took me three hours to book the test several months ago and I'd continued with lessons whether I needed them or not. I've submitted a complaint and will be taking matters further. I feel this was a fraudulent fail.

Luckily passed my test, but just like every other person on here I sadly had Paul as my instructor for the test, nothing but rude and horrible.

Belittled me the whole test made me feel stupid and said because I was going slow in front of a van that I could get that van worker sacked for being late because I was going to slow due to road works around so I felt safer going slower, did not congratulate me for passing, I did not hear something he said because of the mask as I said pardon he said little tip focus as you haven’t twice already, when I passed I was tearing up and said thankyou but my voice broke as I was upset still from how he was with me and he thought I ignored him and he said are you going to say nothing then did not care that I cried, I could write a essay on the things he said to me it’s unbelievable how he still has a job there all he wants to do is make you say sorry for nothing so much power in his head HORRIBLE man

This Paul fella needs the sack immediately!! Just came out 10 minutes late for my sons test. Immediately made him feel intimidated and uncomfortable, started to make fun of his stutter which is unbelievable. The way he speaks is disgusting. He completely lied and said my son made an oncoming car slow down and failed him straight away. I’d of probably thought it was true until I’d read all these reviews about him. How is he allowed to carry on in this job??? Even the chief driving instructor advised us to complain and appeal. Terrible, terrible man.

Just returned from my test with examiner PAUL I have never felt so intimidated in all my life he spoke to me very rudely and put me off my driving obviously he failed me think he done so before we even got in the car he puts you off shouts at you and makes you feel so uncomfortable, asked me a question and after replying I then explained we’re you would find it to which he said you have already answered it correctly don’t go on an set yourself up to fail , told me off for not having a pen in the car and for my mask falling down , asked me pull over safe place on left which I did out of way of oncoming traffic an away from junction an lights to which he said why did I accelerate ? Told me I was going to cost my instructor £1000 for putting clutch all way down when changing gear ?? Said I was going to brake gear box ?? After emergency stop I took deep breath an he said we havnt got time for you to have a panic attack people have got to get to work you want make them late he just intimated me the whole time and made me feel uneasy and I was nervous enough without this man on a power trip thinking he can speak to people this way what a horrible man I hope I never get him again

by Lee M on

Had 2 tests at this test centre now and they have both been with Paul , I really don't even know where to start. He is one absolute *****, if your taking your test with him you'd be better of just not even bothering and saving your time. Both times he came out 10 minutes late with no explanation or apology. First time he gave me 2 serious faults and yesterday he gave me a serious fault saying I signalled too late leaving the queens drive roundabout. Both times he was extremely condescending, ignorant , sarcastic and just a Grade A ****. When I told him I work in healthcare he replied " you shouldn't work in healthcare because your going to make a mistake " , there is so much more I could write about him here but honestly I don't think there is enough room on the page. I'd finally had enough of him and snapped back at him when he tried to give me a hard time for not knowing one of the ShowMe questions , got me so wound up and unsettled before i'd even put the key in the ignition. Good luck to anybody who gets him , be amazed if he passes you