The majority of learner drivers going in for their first driving test tend to believe that it is normal to fail on the first attempt. Whilst some will, many will pass the test first time.

Statistically however, you actually stand a rather good chance of passing the driving test first time. The current first time pass rates for test candidates is 47.9%

Failing a driving test is not only hugely disappointing, but can be financially draining. More driving lessons are often needed and of course the expense of another test.

moving off and stopping

The driving test involves stopping the car an appropriate distance from the kerb and moving off (they are pretty hot on this one guys). You will do this many times throughout the test.

The examiner will assess your ability to stop the car safely, using the appropriate mirrors, good car control and to stop in a safe, legal position and not too far from the kerb (See kerb parking for more information on this one.) It’s important that you master moving off and stopping the car, using the correct mirrors and not to forget the blind spot if you wish to pass the driving test first time.

The vast majority of driving tests fails here – at junctions. Statistically, it is by far the biggest failure of tests. The driving test will of course involve many junctions of all variety and types. 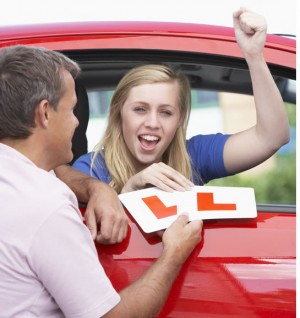 Plenty of practice is required until proficient – the examiner will greet you with very many blind and high speed junctions. Good judgment for when to move out and a high level of clutch control will gain confidence in such areas.

One manoeuvre will be requested during the test by the examiner. Manoeuvres are the area within the driving test where you, the learner driver has complete control over the outcome. Driving tests are often failed on manoeuvres due to either lack of observation or lack of car control (hitting the kerb or pavement).

Manoeuvres should be practiced until perfected on each try. Take manoeuvres very slowly and constantly look around if you wish to pass the driving test first time. Even if a manoeuvre goes wrong, ask to try again (some examiners will, some wont, it’s really down to the examiner). A full and complete tutorial for each of the four manoeuvres can be found here:

Although the emergency stop is relatively easy, it doesn’t take much for it to fail the entire driving test. Brake too harshly or too little, forget the blind spot when moving off and that could be the end of your test. There is around a 1-in-3 possibility of the emergency stop being requested by the examiner during the test, so make sure each and every time you try it, it is perfect.

This is an area that actually fails a lot of driving tests. Safe clearance from parked cars and cyclists is important. Whilst passing parked cars, if possible, you should leave around a 1 metre gap in between your car and the parked car. The examiners expect this due to any doors that may open. Likewise, you should always leave plenty of room whilst passing cyclists. The general rule on a test is if you are unsure it is safe to pass a cyclist, don’t. Instead wait until you are absolutely sure. For further information, see:

Lack of appropriate observation fails an immense amount of driving tests. Ensure you are proficient with using all mirrors in the correct order and at the appropriate time. Never forget the blind spot (this is essential to examiners) when either moving off or changing lanes. Generally speaking, mirrors need to be checked when the car changes speed or direction.

These are often in the form of complicated and busy roundabouts, junctions and crossroads. Driving examiners incorporate these difficult traffic systems into the routes to ensure that you can deal with a wide variety of situations. A good local driving instructor will be familiar with these routes. Practice the difficult areas until perfected.

Surprisingly, a great many tests are failed very close to the driving test centre, often when leaving. This is likely to be attributed to high levels of driving test nerves, right at the start of the test. To increase the chances of passing the driving test first time, gain a thorough understanding of all the roads leading in, out and around the test centre where you have booked the test. This way, if nerves run high at the start of the test, you will at least be confident in knowing the roads.

A large part of passing the driving test first time is to do with confidence. Knowing exactly what to expect on the driving test will leave no unexpected surprises on the day. Also driving test times are important. Although there may be slight benefits in booking a driving test at busy periods, you will generally stand a better chance of passing when the roads are at their quietest.