Previous reports stating that the Government has raised the minimum age in which a driving test can be taken from 17 to 18 years old are currently inaccurate.

UK based learner drivers can apply for their provisional driving licence at a maximum of 3 month before their 17th birthday to receive the licence for when they turn 17 years of age. The theory test can only be booked and taken from your 17th birthday.

A staggering 1 in 5 young drivers are involved in a road accident within their first year of driving which would suggest a plausible reason why the Government originally considered raising the age that a practical driving test can be taken to 18 years old.

Whether this 12 month difference would have any significant impact on accident statistics is debatable. As a result, changes to the theory test and practical driving test were implemented. 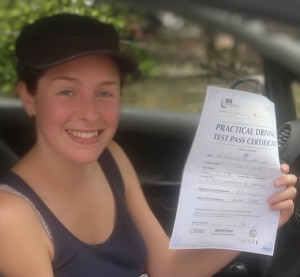 The theory test as from January 2012 changed by not providing an official theory test questions and answers bank that learner drivers can revise by rote.

The new system provides learning materials that teach learners the actual reason for answers to provide a better understanding. The amount of questions and pass mark remain the same for the new theory test although the questions are different.

In terms of the practical driving test, the introduction of independent driving in 2010 was seen as a step forward into making more responsible drivers who could deal with pressure and stress whilst driving in a safe manner.

Independent driving lasts for around 10 minutes of the driving test and takes place of one of the two manoeuvres that were previously requested.

The learner is asked to memorise a basic map and to follow the maps route path, to follow road signs or a combination of both. Theory tests and practical driving test may continue to get harder, but they will never substitute experience and maturity of older drivers.