Home How Many Manoeuvres in Driving Test

How Many Manoeuvres in Driving Test

A question frequently asked by learner drivers or anyone intending on taking the UK practical driving test is how many manoeuvres are there in the driving test?

There are however occasional instances where two manoeuvres can still be requested although this is infrequently asked for by the examiner.

Two manoeuvres could be requested if roads are busy and congested; the examiner doesn’t particularly wish to spend the duration of the driving test stuck in traffic or perhaps the examiner may feel your control of the vehicle is somewhat lacking during a manoeuvre and therefor may request another. 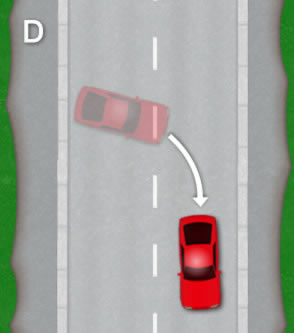 One of the four manoeuvres will be requested

There are 4 possible manoeuvre on the driving test. Turn in the road and reverse round a corner are no longer requested by examiners. The possible 4 manoeuvres are: parallel parking, forward bay parking (driving into a bay and reversing out) reverse bay parking (reversing into a bay and driving out) and parking up on the right -(side of the road).

All manoeuvres should however be practiced until perfected as a manoeuvre completed unsuccessfully may render the entire driving test a failure.

Reverse parking or parallel parking as it is also referred to is still frequently requested although bay parking is dependent on whether a driving test centre has bay in which the manoeuvre can be performed in, or whether there is a suitable supermarket in the local area.